The DP's mega rally will be held at the Nakuru Show Ground.

• The Deputy President will be accompanied by ANC leader Musalia Mudavadi and Ford Kenya's Moses Wetangula.

• Raila will however, take a break to restrategise on Wednesday. 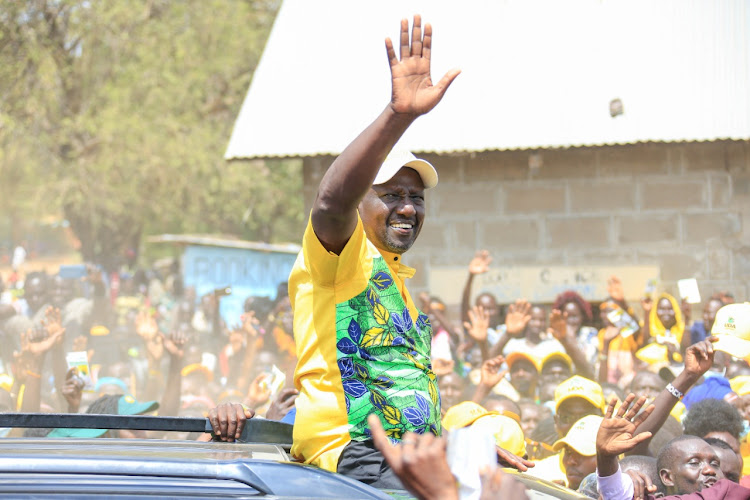 Deputy President William Ruto will on Wednesday take his campaign to the vote-rich county of Nakuru.

This will be the first joint rally the three (Ruto, Mudavadi and Wetangula) will be holding together after last Sunday's announcement that they will work together ahead of the 2022 general election.

The mega rally will be held at the Nakuru Show Ground.

Ruto is expected to woo the region that has in the past few months warmly embraced ODM leader Raila Odinga.

The DP is expected to be joined by other leaders from the Rift Valley region and across the country.

ODM leader Raila Odinga will, however, take a break to restrategise after meeting the Maa community and the Mt Kenya Forum leaders on Tuesday.

The meeting was held at the Safari Park hotel.

The Party of National Unity (PNU) is also set to hold a National Executive Committee meeting on Wednesday.

The Star has established that top on the agenda of the meeting is to oust Ssecretary-general John Anunda.

Ruto on Monday received Jaguar after he officially joined the UDA party.
News
10 months ago

Ruto was in Machakos on Thursday, where he visited over eight towns.
News
10 months ago
Post a comment
WATCH: The latest videos from the Star
by BRIAN ORUTA Digital Journalist
News
26 January 2022 - 09:19
Read The E-Paper