Party membership register to be used in nominations — official

•The party regulator urged Kenyans to visit the e-citizen portal to check their membership status.

•Some members of the United Democratic Alliance from the region said they have ditched Jubilee but were still bonafide party members. 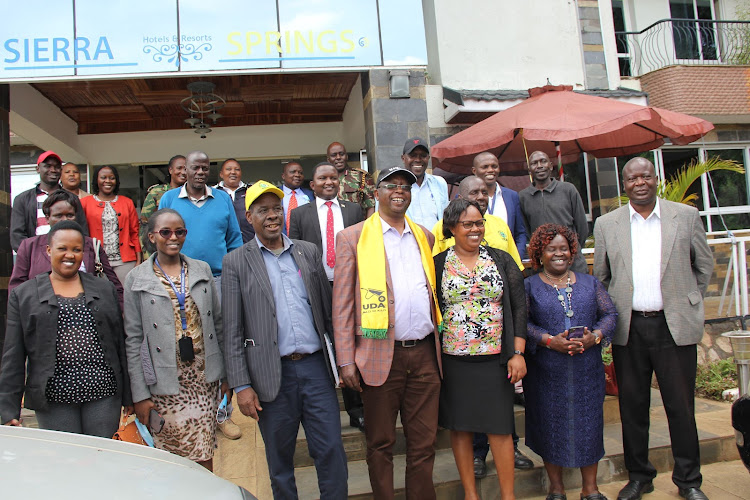 The Registrar of Political Parties has said party membership registers will be used during the nominations in April.

Rejecting calls by some aspirants for the use of the voter register, the party regulator urged Kenyans to visit the e-citizen portal to check their membership status.

“All our services are available on the portal, it is now easy for the public to confirm the parties they have registered into, resign or even join the party of their choice,” John Mwaura, a regional representative said.

Mwaura, responding to reports, said the office was yet to release members who have already resigned from their former parties through the portal.

Some members of the United Democratic Alliance from the region said they have ditched Jubilee but were still bonafide party members.

The official spoke during an election consultative meeting that brought together stakeholders from Bomet.

The body, he said, was determined to see the election is conducted credibly.

During the meeting, the officials said they were committed to having a successful election.

The sentiments have been echoed by two parliamentary aspirants who said some residents might not participate in the party primaries because they are not registered as members.

Richard Kilel and Patrick Kiprotich, running for the Bomet Central MP seat said while some have casually shifted to UDA, most of them were yet to resign from the parties they were registered into in the run-up to the 2017 election.

Kilel said there was a need to educate the residents and have them register to participate in the nominations.

“Nearly 90 per cent of our people and voters have joined UDA but there are still a number of them who are yet to quit their former parties, we are urging them to use this opportunity,” he said.

Aspirant fears he may not own a party for poll negotiations as he had hoped.
News
3 months ago

Azimio to work out mechanism to prevent falling outs, defections after primaries.
News
3 months ago