About 55,000 farmers produce tobacco in Nyanza, Western and pockets of Central and Eastern

• The Kenya Tobacco Control Alliance, a health promotion lobby with a presence across the country, said there is a wide variety of alternative crops that farmers can grow.

• “These include cereals, tubers, and vegetables. They have all been proven to have higher returns,” Ketca chair Joel Gitali said. 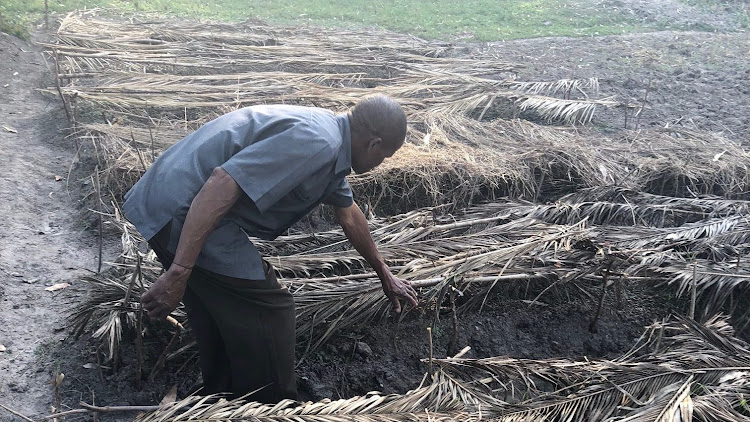 Tobacco farmers would make more money from other crops such as tomatoes, a new survey confirms.

The survey, partly by the University of Nairobi, blames the government for not aggressively promoting alternative crops.

An estimated 55,000 farmers produce tobacco, primarily in Nyanza, Western and pockets of Central and Eastern Kenya, according to the Ministry of Agriculture.

The farmers told researchers they are caught up in a cycle of debt but do not venture into other crops because of lack of market.

Tobacco growing fell out of favour because of the extremely high labour requirements that make it unprofitable.

“To illustrate the difference between tobacco and other crops, a crop like tomato yields profits between Sh84,360–Sh134,900 per acre.

Pater Magati, an economist from the University of Nairobi, who has done past studies on tobacco farming, took part in the study.

It is published in the International Journal of Environmental Research and Public Health under the title: “Understanding Alternatives to Tobacco Production in Kenya.”

The other researchers are from McGill University, University of Ottawa and the American Cancer Society.

The report says the cost of inputs farmers receive on loan from the leaf-buying companies is often inflated. So they keep on growing the leaf and borrowing again.

“This is perpetuated by a common practice by tobacco companies of refusing to buy tobacco from farmers once their loans have been reclaimed.

"Also, the consistent downgrading of tobacco and the inflated cost of inputs,” it says.

Farmers and local government officials said although alternative cops are more profitable, there was a lack of guaranteed market, lack of oversight and direction from the government.

“For instance, data used to promote alternative crops are often based on hearsay and can even be influenced by (misleading) data from tobacco companies,” the report says.

The Kenya Tobacco Control Alliance, a health promotion lobby with a presence across the country, said there is a wide variety of alternative crops that farmers can grow profitably.

“These include cereals, tubers, and vegetables. They have all been proven to have higher returns,” Ketca chair Joel Gitali said.

He urged county and national governments to not only formulate policies but also aggressively promote non-tobacco crops to farmers.

In 2019, local non-profit International Institute for Legislative Affairs and the American Cancer Society followed both farmers currently growing tobacco and those who had stopped growing it.

The median non-tobacco farming household had approximately double the household resources compared to the ones that grew tobacco.

The outcome, a report titled Economics of Tobacco Growing in Kenya, showed tobacco farmers in Kenya would be far better off to shift away from the crop.

According to John Kathangu a mango farmer from Embu, farmers have invested a lot in the fruit and a price sh2.50 will just drown them in losses.
Counties
5 months ago

They said without subsidised fertiliser, Kenya will face a food shortage.
News - Page 1
4 months ago

Only the National Cereals and Produce Board can purchase raw nuts from farmers.
Counties
5 months ago
by JOHN MUCHANGI Science Editor
News
25 January 2022 - 23:00