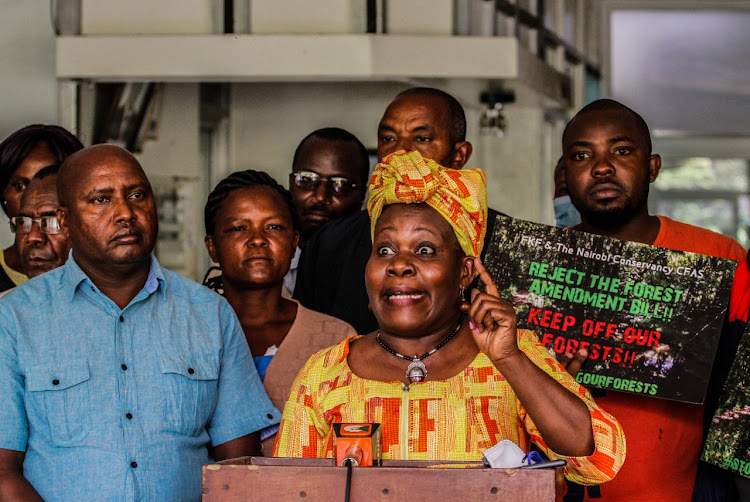 Forest adjacent communities have urged President Uhuru Kenyatta to reject changes to forest laws saying their livelihoods are at stake.

Community Forest Association representatives on Tuesday said the move would put the livelihoods of 255 CFAs at stake.

The CFAs addressed the press at 680 Hotel, Nairobi.

The Parliamentary Procedures and House Rules Committee seeks to amend Section 34 of the Forest Conservation and Management Act 2016.

Through Forest Conservation and Management Amendment Bill 2021, the committee seeks to repeal the section that protects forests from activities that may endanger any rare, threatened species.

The new bill proposes to allow any person to petition the National Assembly for variation of boundaries and revocation of registration of a state forest or a portion of the forest.

The bill also seeks to delete Section 34 (2) which compels those seeking variation of boundaries or excision of state forest to get agreement from Kenya Forest Service.

The aim was to engage forest-adjacent communities and other stakeholders in the co-management of forests in a way that communities benefit.

The framework was later enhanced in the Forest Conservation and Management Act, 2016, to promote equitable community participation in forest management.

The aim was to engage forest-adjacent communities and other stakeholders in the co-management of forests in a way that communities benefit.

Kiiru said they will fight the changes to the end.

The CFAs said they have been working closely with the Kenya Forest Service in the protection of forest resources.

They are also working with representatives from Karura, Ngong hills, Ngong road, Loitoktok and Namanga.

Kiiru said CFAs will not take the proposed changes lying down as they are set to lose.

The engagement of CFAs has helped to increase the forest cover in some of the counties.

They get food from the Plantation Establishment and Livelihood Improvement Scheme (Pelis), a move that gives them an extra coin.

Pelis is a system whereby KFS allows forest-adjacent communities, through CFAs, the right to cultivate agricultural crops during the early stages of forest plantation establishment.

Cultivation is often allowed to continue for three to four years, until the tree canopy closes, to improve the economic gains of participating farmers, while ensuring the success of planted trees.

Pelis has been used to establish forest plantations in Kenya since 2007.

The CFAs are also involved in re-afforestation and rehabilitation programmes, which entail the establishment of tree nurseries, planting and other silvicultural operations through contractual engagements.

Well-organised and structured CFAs have employed community scouts, who complement KFS rangers in protecting forest resources and in the process, they earn a living. 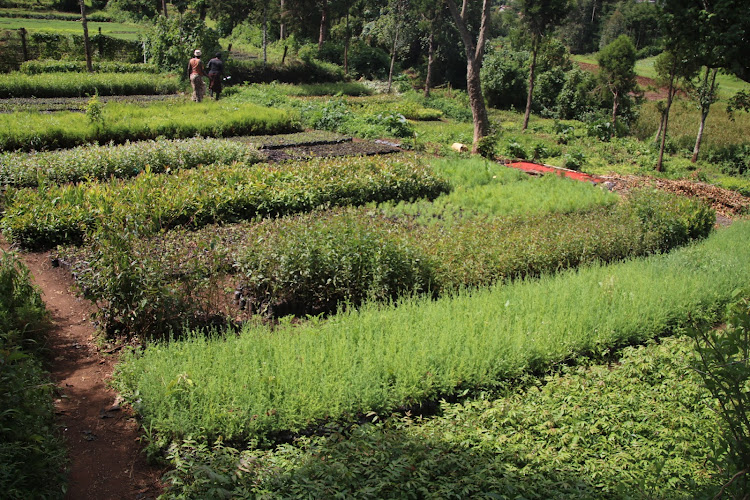 FOREST RESOURCES: Blossoming indigenous trees in one of the nurseries managed by the CFA.
Image: GILBERT KOECH