• The UDA party held its first PG and resolved to support a working arrangement between the party, ANC and Ford Kenya.

• Duale said MPs from UDA, Ford Kenya and ANC will meet to agree on Parliamentary cooperation. 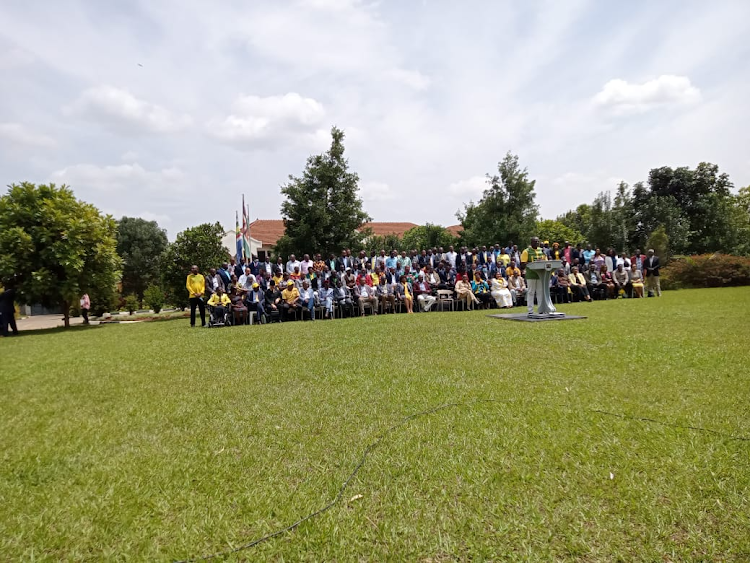 The UDA party held its first PG and resolved to support a working arrangement between the party, ANC and Ford Kenya.

Ruto on Monday said the Party’s PG, which held a joint sitting with a section of NEC officials and members of the governing council at his official Karen Residence, approved of the political arrangements.

“We now believe that with this partnership, the country has been given direction on the next general election,” he said.

The DP asked the Inspector General of police Hillary Mutyambai to ensure a crackdown on ‘notorious’ elements in the political circles fanning violence.

The PG had been attended by a host of MPs, senators and governors.

"We have agreed on all programmes and joint rallies and our leadership will consult with ANC and Ford Kenya so that at the legislature, we will form a common ground for the benefit of Kenyans."

Befriending Ruto is not key to presidency, Atwoli tells Mudavadi

Atwoli said he will respond fully to Mudavadi's surprise deal with Ruto on Monday.
News
3 months ago

Ruto further said will work with Ford Kenya and like minded parties keen on uniting Kenyans.
News
3 months ago