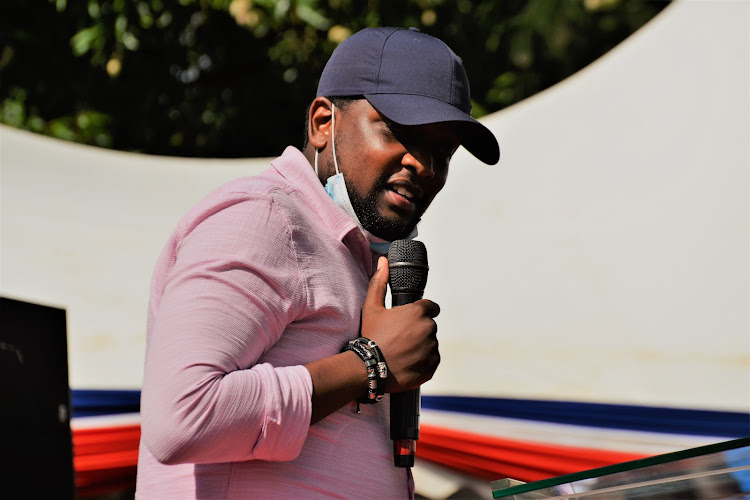 Over the weekend, Muasya accompanied Kilonzo on a number of tours as the Kenyan ambassador to Uganda popularised his bid.

Two years ago, Kilonzo had hinted he was wooing Kalonzo’s son to be his running mate as he makes a second attempt at the Kitui governor's seat.

Although at the time, Muasya admitted that he had been approached by a number of Kitui gubernatorial hopefuls, Kilonzo being among them.

Muasya said he had not made up his mind on the best of the suitors. He said then that there was still time before the polls.

After a busy day on Saturday in which Kilonzo paraded Muasya in public, the ambassador enthusiastically posted photos and write-ups about the functions on social media and shared the same with newsmen.

He however, did not disclose whether he was his running mate

A post on their sojourn at Wanzua in Kitui Central said; “Muasya Kalonzo assured the youth that in Balozi Kiema's government they will be adequately represented and their issues would be resolved.”

Another post of an impromptu rally at Matinyani town in Kitui West said, "While accompanying Amb Kilonzo, Kevin Muasya Kalonzo promised the youth that the next regime will be for the best interest of the youth."

Yet another post said the two leaders attended the burial ceremony of Kalee Mbindya at Kithambangii in Mulango ward of Kitui Central.

Muasya, who manages their family, Athiani FM station, is not known for public appearances despite his father being a veteran politician. 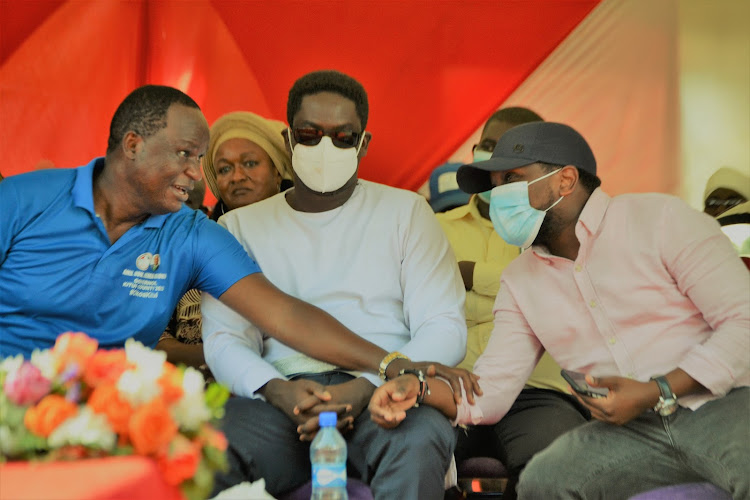 Last December, Muasya and his elder brother Kennedy Kalonzo who is an EALA MP graced the launch of Kilonzo gubernatorial bid.

Kilonzo introduced Muasya to hundreds of his supporters as a person who is a leader by his own rights.

Despite the post, Amb Kilonzo did not respond to inquiries on whether any deal had formally been agreed with Musaya.

Muasya could not be reached on phone as his cell phone appeared to be out of network when we called him before going to press.

Inside 18 hottest governor races to watch in 2022 polls