The event is set to be a litmus test for the unity of the One Kenya Alliance. 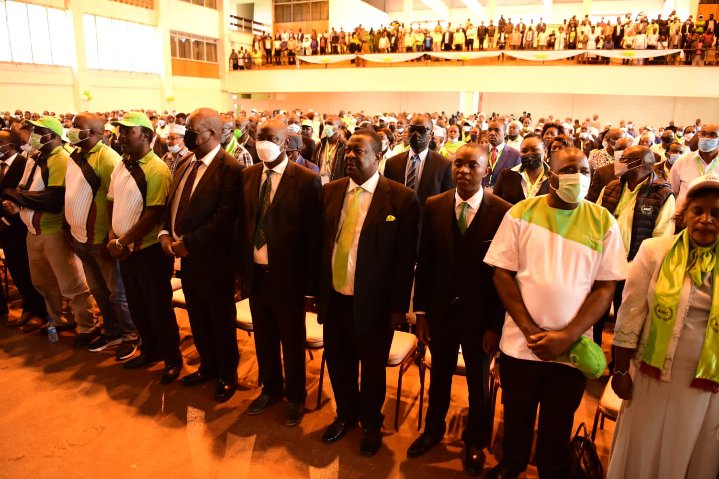 Wiper party leader Kalonzo Musyoka who was in the auditorium stepped out in an unclear circumstances.

This even as it emerged that Mudavadi has okayed the presence of his partners in the One Kenya Alliance as well as National Assembly Speaker Justin Muturi.

The Amani National Congress leader, who has been under pressure to unveil his political plans, is seeking the National Delegates Convention’s green light to run for the presidency.

The event is set to be a litmus test for the unity of the One Kenya Alliance.

The National Delegates Convention at the Bomas of Kenya is expected to set the stage for the alliance to now name its flagbearer.

The party is expected to unveil its ‘political friends’ during the conference.
News
3 months ago

(PHOTOS) ANC supporters troop to Bomas ahead of Mudavadi declaration

Security at the venue was tight and only guests with cards were allowed to the auditorium.
News
3 months ago

Which way for Oka as Mudavadi launches presidential bid

Sunday's ANC meeting is expected to set the stage for Oka to name its flagbearer.
News
3 months ago
by NANCY AGUTU AND ALLAN KISIA
News
23 January 2022 - 13:58