Azimio to work out mechanism to prevent falling outs, defections after primaries 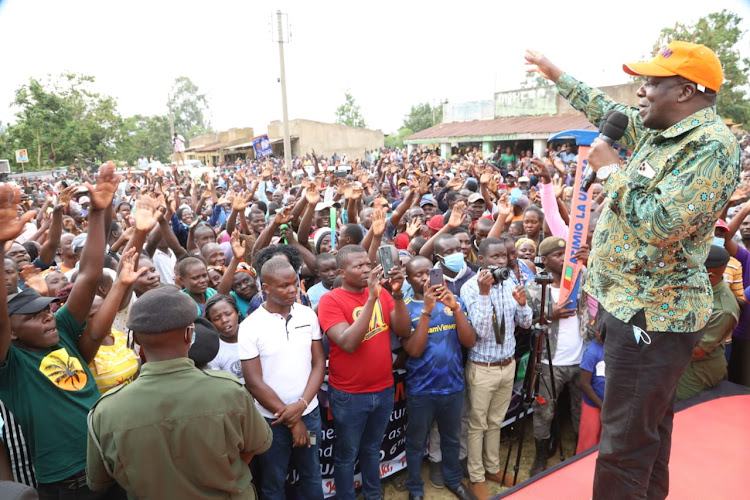 Joint primaries are part of the strategy by the Raila Odinga-led movement to ensure it wins the majority of governor, senator, MP and MCA seats during the August 9 election.

It will be Raila Odinga's fifth stab at the presidency.

Oparanya said that candidates presented by all parties under Azimio movement will be subjected to a free, fair and transparent nominations to avoid internal competition.

He spoke during an ODM rally at Lusheya market in Mumias East constituency on Saturday.

ODM has said it lost seats it should have won because of unhealthy internal competitions in coalitions. The party was in the Cord coalition with Wiper and Ford Kenya in 2013. It worked in Nasa with ANC, Ford Kenya, Wiper and Chama Cha Mashinani (CCM) in 2017.

ODM is now working on a coalition with the ruling Jubilee Party after falling out with ANC, Ford Kenya and Wiper under the collapsed Nasa.

“We are working on ensuring all parties supporting the handshake join ODM and Jubilee in Azimio la Umoja and work out a formula for joint nominations,” Oparanya said.

Oparanya, who is the Kakamega governor, said their target was to ensure the coalition had numerical strength in both the National Assembly and the Senate.

Mumias East is represented by Ben Washiali who has declared he will not defend the seat after serving three terms.

He said that the movement will put in place mechanisms to avoid fallings-out party primaries.

He said that the government was a big establishment and those who lose in the primaries will be given other jobs once Raila forms the next government.

Oparanya said  Azimio had gained ground in Western region after Raila declared his presidential bid and launched his campaigns. 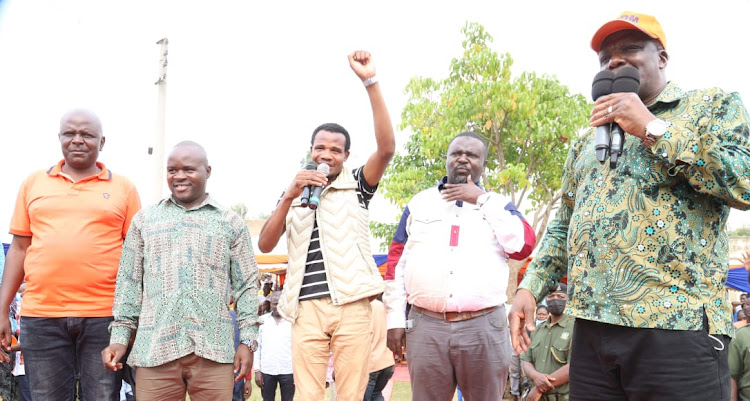 FREE AND FAIR: Governor Oparanya parades ODM aspirants for the Mumias East parliamentary seat during a campaign rally at Lusheya market in Mumias East constituency on Saturday. He said nominations will be free and fair.
Image: HILTON OTENYO

He said that ANC leader Musalia Mudavadi's presidential bid may not have much impact because he has joined the race very late.

He said that the contest for presidency has narrowed down to Deputy President William Ruto and Raila, saying other leaders eyeing the top seat will not go anywhere.

He asked the Luhya community to rally behind Raila so they can be part of his government, adding  they cannot benefit from any meaningful development in the opposition.

During introductions at the Eldoret rally one aspirant for the governor seat vainly asked the DP if he had seen the support he enjoys in the region ...
Counties
4 months ago

There are growing fears that the party might lose ground in Kilifi if it bungles the nominations.
Counties
4 months ago

DP Ruto has said nominations will be free and fair, no favourites.
Counties
5 months ago
by HILTON OTENYO Correspondent, Western Region
News
23 January 2022 - 22:00