Denies Kenya Defence Forces is running the Health ministry in its clean up and reorganisation.

• Kagwe said the cleanup means Kemsa will be engineered into a tight fighting unit to promote universal health care and deal properly with Covid needs.

•The clean-up is expected to reform and turn the ministry into a well-organised, tight fighting unit to promote universal health care. 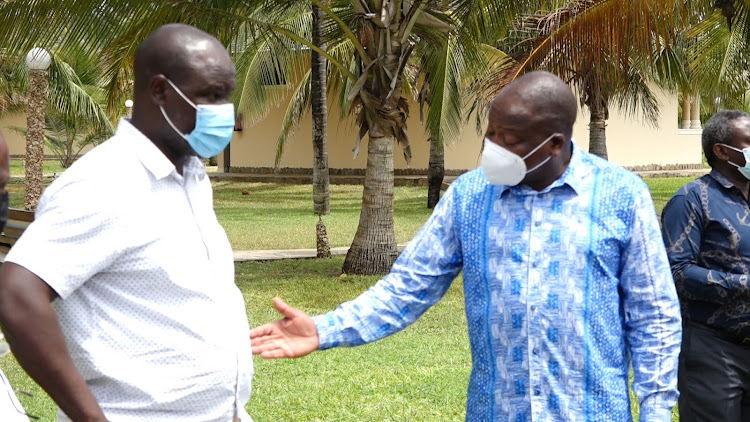 The Kenya Defence Forces and the National Youth Service are not running Kemsa as it undergoes clean-up and reorganisation, CS Mutahi Kagwe has said.

On Thursday, he dismissed claims the military was manning the headquarters, as a court temporarily stopped the move, pending hearing and determination of the case.

The government also tried to send home 900 employees, then vet them again and rehire as necessary. But the Labour Court issued a temporary injunction against the layoffs and military takeover.

Kagwe spoke after officially launching a three-day retreat of the Ministry of Health and the Kenya Editors Guild at the Ocean Beach Resort in Malindi.

Kemsa has been mired in scandal for failing to follow procedures in procuring supplies for the Covid-19 pandemic. It used unqualified suppliers, noncompetitive bidding and its stores were filled with unused supplies needed in hospitals. 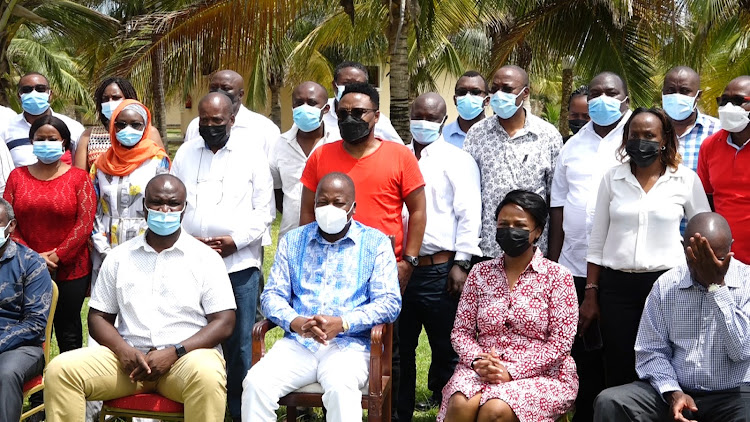 Kagwe said the government is cleaning up the Kenya Medical Supplies Authority to end corruption, enhance efficiency and create value for Kenyans' money.

Kagwe said the cleanup and reforms cut across sectors.

“Yes, it is true there is a clean-up process going on at Kemsa. It was called for by the public, the media and both houses of Parliament," he said.

Kagwe said the clean-up could mean the government reengineers Kemsa into a tight fighting unit for efficiency and promotion of effective Universal Health Care. It won't just be masses of people, he said.

The CS said without an effectively running Kemsa, UHC will not work.

He said Kemsa already has a new management structure and efficient board of directors.

So far, he said, they are infusing people from the Ministry of Health, including acting MD John Kabushi and the board led by Mary Mwadime.

Kagwe said two years ago the Ministry of health was described as Mafia House but he sought to assure Kenyans that it has now become Afya House again.

The CS said meeting editors to discuss the issues of UHC and how the ministry can work effectively with the media was very important for the success of UHC.

It will soon be rolled out, he said.

“We want to be with editors so they ask questions and we give them the information they want and at the same time let the officials know how the media works,” Kagwe said.

Kenya Editors Guild President Churchill Otieno said Kenyans are living in a time of pandemic and many people are placing more value on their health.

He said editors and journalists cannot do their jobs continuously and properly unless they understand what was being done in the sector.

MPs to meet Kemsa board over sending staff home

Last week, all workers were asked to work from home for the next 30 days under unclear circumstances
Counties
9 months ago

Raila said there's a need to clean up the governance, management of the state agency
News
1 year ago

Senators call for 'heads to roll' over Covid millionaires scandal

Kemsa on November 4 sent non-core staff home for 30 days to allow for vetting.
News
8 months ago

Agency underperforming and is barely able to fulfil its mandate.
News
9 months ago