• This decision was made following a road accident that killed nine people in Lira.

• The women are accused of distracting truck drivers. 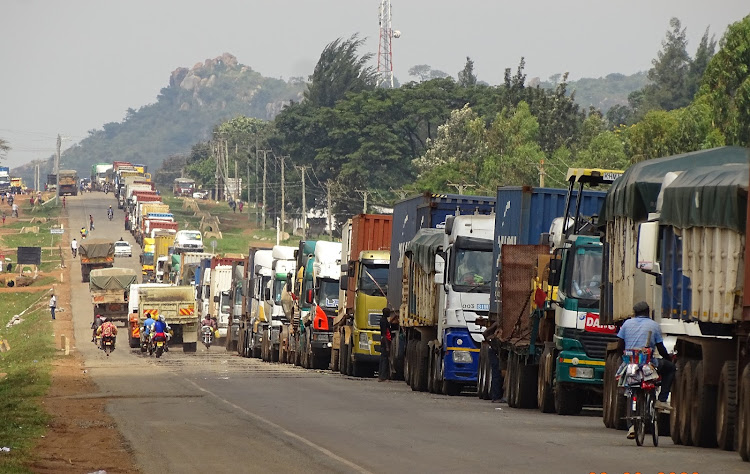 Female traders in Uganda will not be allowed to sit in the driver's cabin in a bid to mitigate road accidents.

The authorities claimed women were partly responsible for the accidents that occur in Lira City.

According to The Monitor, the decision was made following a road accident that killed nine people in the Lira area on January 10.

“The accident occurred after a Fuso truck transporting traders and their merchandise got involved in an accident at Pii-awac swamp, seven kilometres east of Lira City,” The Monitor reported.

Although police said that the accident was likely caused by reckless driving and overloading, they also faulted the businesswomen.

The women are accused of distracting truck drivers because they allegedly wear short and revealing skirts and dresses.

The authorities said it was a common trend among the women in the region, making them a major road hazard.

The netizens had mixed reactions to the directive, with some taking to social media to air out their views.

One Twitter user named Edward Ssonko said that this was an excuse for reckless truck drivers.

“How many of these accidents involve women seated at the front and are wearing short skirts? Just produce that report whoever came up with this decision,” he said.

Another user named Izaben asked; “Who has more effect between the one seated in front and the ones outside where the driver's eyes are all the time? And why only trucks yet there are taxis, buses, and Ubers?”

Others said that the decision was appropriate as Ugandan women often wear short skirts that could distract drivers. The research to prove this is not available.

Pedestrians account for the majority of fatalities, with Nairobi leading with 85 people
News
4 months ago
by SELINA TEYIE
News
20 January 2022 - 11:18