Mwangangi: A lot has happened under UHC

• The programme is quietly making progress since it was piloted, the Health CAS said

• Editors asked what happened after its rollout in Isiolo, Kisumu, Machakos and Nyeri 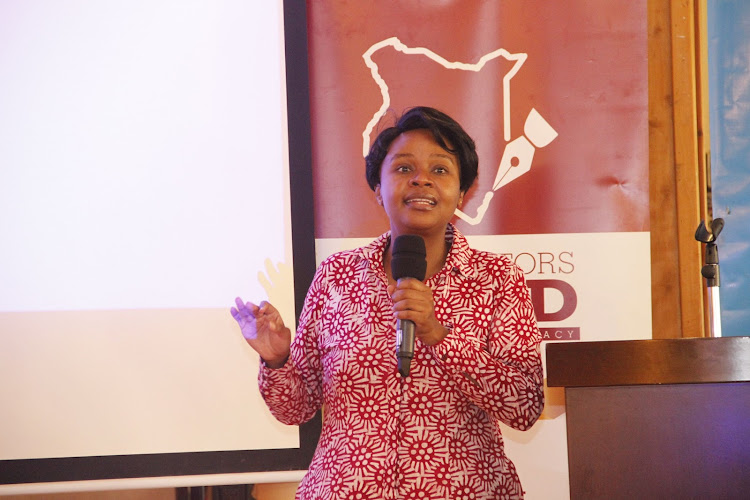 After the Universal Health Coverage programme was piloted in four counties, what happened? A lot, Health CAS Mercy Mwangangi says.

Editors raised the question on Thursday during a retreat in Malindi with Ministry of Health officials, led by CS Mutahi Kagwe.

Mwangangi said there was a lot of fanfare when launching UHC in Kisumu, but the ministry has not been good at communicating progress since then.

“For one, there were intergovernmental agreements that were signed. These defined key areas that both national and county governments should invest,” she said.

“Two, a lot of work was done in digitisation. With e-claims and digitising mechanisms.”

Mwangangi shared various country experiences in terms of how they have done their UHC. The best example is in India, the NHS system, she said.

There is no NHIF in England or Croatia, but they have a mechanism to ensure they are able to provide affordable healthcare, she said.

“What we were trying to do in the four counties is figure out how we can provide services sans-NHIF but have the NHS.”

On the question of universality, she said all Kenyans will be covered. “If you can afford, you pay. If you cannot afford, government will pay for you.”

Technically, Kenya is taking a pro-poor approach, she said.

The CAS said she was expecting to be asked, “These 1.2 million people we chose for the pilot, are they really poor? Was our mechanism done scientifically?

“The intention was to develop a mechanism to identify poor people and pro-rate them.”

On financing, in terms of how much the government is putting into the programme, she said if the target is 5.2 million poor houses, that means 52. million times Sh6,000, which amounts to Sh31 billion.

So each year, the government must have that. But if you look at the budget, will you see that? No, this financial year, you will see Sh7.2 billion, next year, around Sh10 billion.

“We are doing it progressively. The next President will come and complete the journey.“”

On accessibility, when the ministry did a pilot, one of the metrics was to pick a county where care was not so accessible. In Isiolo, the average travel distance to a hospital is 40km. It got about Sh800m and they were so few in terms of population.

“We hoped the county government would reduce that distance. Question is, did they?” she said.

“We have reduced distances. Perhaps not in Isiolo but in other counties. And that's something to be proud of.”

She said the ministry has also not been good at communicating the benefits of NHIF.

The January 19-22 meeting with editors comes against the backdrop of governance concerns about the health sector, including corruption cases at the Kenya Medical Supplies Agency, commonly referred to in the media as the Covid billionaires scandal.

Editors call for accountability in Ministry of ...