All facilities are now working in 98.5 per cent of hospitals, George Ooko said

• Counties were given equipment they couldn't handle but capacity, staffing now better 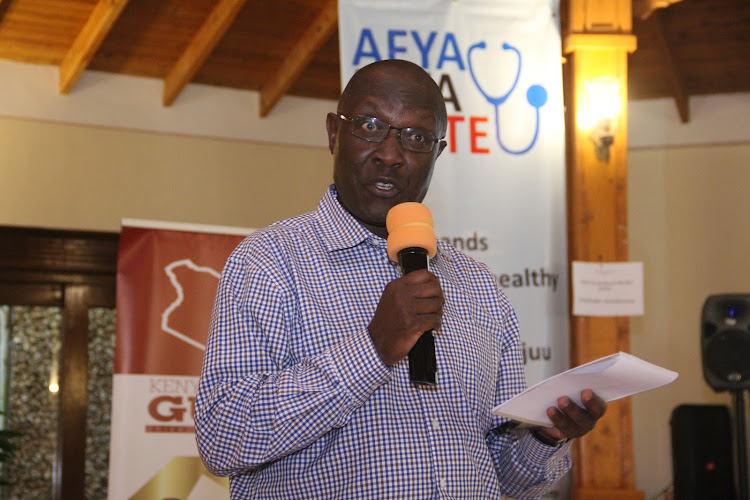 The government has learned its lessons from bumps in the road to equipping county hospitals through the Managed Equipment Services.

The39 billion MES programme was introduced in 2015 to supply crucial medical infrastructure, such as dialysis machines and MRI scanners, to two hospitals per county and four national referral hospitals.

“For the next tranche, this time round, the CS [Mutahi Kagwe] is doing it differently, in terms of consulting. He is talking to governors each step of the way,” he said.

He was speaking during a retreat in Malindi between the Kenya Editors Guild and senior officials from the Ministry of Health, led by CS Mutahi Kagwe and CAS Mercy Mwangangi.

Kenya Union of Journalists secretary general Eric Oduor pointed out some of the challenges the guild had witnessed.

“When we visited Mandera county, two years into the contract, some of the equipment from the MES scheme had not been installed,” he said.

“The county government was building a hospital. They said needs analysis was not done to see if these counties could absorb these facilities.”

Counties also said they don't have trained personnel. “We have very expensive equipment but not personnel,” Linda Bach from the Standard Media Group said.

Ooko said they did an audit and confirmed that all equipment was delivered.

“In 98.5 per cent of hospitals, all those facilities are working. Only one or two things are pending here and there,” he said, adding that the people handling it are Kenyans, not foreigners.

“In terms of training, it's an ongoing process. It will take time.”

The January 19-22 meeting comes against the backdrop of governance concerns about the health sector, including corruption cases at the Kenya Medical Supplies Agency, commonly referred to in the media as the Covid billionaires scandal.

Editors call for accountability in Ministry of Health