•Since the government began the issuance of booster doses on January 1, Wajir is yet to record a single person who has taken the booster. 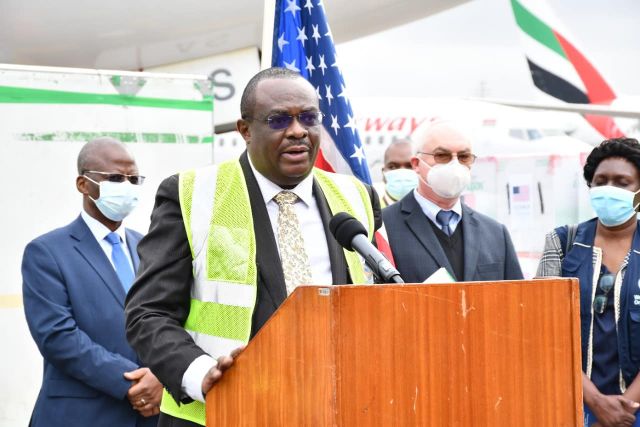 Counties recording low uptake of Covid-19 vaccines will have to come up with innovative ways to boost uptake, the Health Ministry has said.

Despite efforts to boost uptake, some counties especially those in the arid and semi-arid areas, have continued to register low numbers.

The Health Ministry has said health is a devolved function and there is a need for the leadership to deploy specific strategies that work for their populations.

Since the government began the issuance of booster doses on January 1, Wajir is yet to record a single person who has taken the booster, while Mandera has administered seven jabs.

“Vaccination is service delivery and the counties will understand their populations better. We have seen when counties have come in and deployed specific strategies things are working,” Vaccines deployment taskforce chair Willis Akhwale said on Tuesday.

“For us is to continue working with the counties but for the counties they need more specific strategies and to champion for vaccinations.”

“During Christmas, we had mass vaccinations but we also adapt to situations. The first week of January everyone is busy with schools and everything so, that is understood but we are going back to that,” Akhwale said.

According to data from the ministry, 11.2 million vaccines had so far been administered across the country out of the 23 million received by Kenya, mostly from bilateral donations.

More supplies are expected later this month from the Covax supply mechanism.

A total of 4.8 million people have been fully vaccinated representing 179 per cent of the target population, with the uptake of the second dose among those who received their first dose being at 58.9 per cent.

Early this month, the Council of Governors raised concern over the low uptake of Covid-19 vaccines in the ASAL counties.

The CoG chairman Martin Wambora called on the leaders in the respective counties to increase awareness and outreach campaigns to boost the numbers that have remained relatively low since the exercise began in March last year.

Covid vaccines to be integrated into routine immunisation to boost uptake

This means those who wish to be inoculated can access the vaccines any time they visit a health facility.
News
10 months ago

Some establishments have started to effect government directive to show proof of vaccination.
News
11 months ago
Post a comment
WATCH: The latest videos from the Star
by MAGDALINE SAYA REPORTER
News
20 January 2022 - 22:00
Read The E-Paper