Uhuru regretted the low volumes of trade and investment flow between Nairobi and Budapest.

• The President said Kenya would continue to champion sustainable stability on the continent. 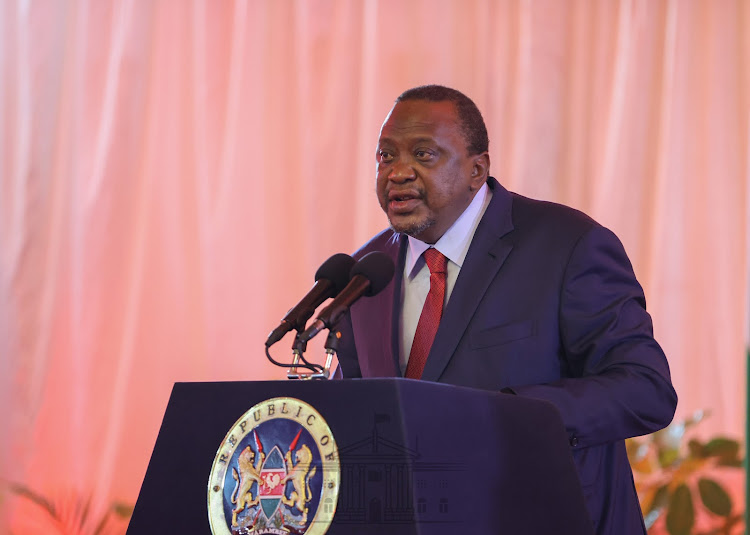 President Uhuru Kenyatta has hailed the strong bilateral ties between Kenya and Hungary. He said the relationship is driven largely by economic cooperation, trade and investments.

At the same time, Uhuru regretted the low volumes of trade and investment flow between Nairobi and Budapest over the last five decades despite the existing huge commercial potential.

"To address the low trade volumes, we have to intensify efforts to promote greater linkages and networks between the private sector and business communities in the two countries and encourage them to take advantage of the economic opportunities existing in our respective countries,” he said.

Uhuru spoke on Monday evening at State House, Nairobi, during a state banquet he hosted together with First Lady Margaret Kenyatta for visiting Hungarian President János Áder and his spouse Anita Herczegh.

Uhuru said Kenya was counting on the support of Hungary to unlock the economic partnership agreement between the East African Community and the European Union.

“Kenya looks forward to the signing of the Economic Partnership Agreement between the East African Community and the European Union to open up greater trading and economic opportunities,” he said.

He thanked the European nation for the support that led to Kenya's election as a non-permanent member of the UN Security Council.

“Mitigating climate change is an imperative of our times, and my Government’s commitment to this noble cause extends to the United Nations Security Council where climate and security is an important focus during our term.

“We look forward to working closely with the Government of Hungary, within the UN system and other multilateral forums to champion the climate change agenda and other shared global priorities,” he said.

On regional peace and security, the President said Kenya would continue to champion sustainable stability on the continent.

“Kenya will continue to leverage on her experience as a mediator and guarantor of peace processes to advance the agenda of sustainable regional peace and security in the Horn of Africa and beyond, and seeks the global community’s support through multilateral fora,” he said.

Hungarian President Áder commended the Government for its commitment to improving the lives of Kenyans through transformational development programmes and expressed optimism that the current development tempo will continue beyond President Kenyatta's term.

“I wish that your successor should have the same kind of enthusiasm and drive to conclude all these (development) programmes like the way you started Mr President,” President Ader said.

The Hungarian government has doubled scholarships given to Kenyans.
News
4 months ago

Kenya is ready to establish Embassy in Hungary - Uhuru