It is predicted that the number of millionaires in Kenya will grow by 80 per cent. 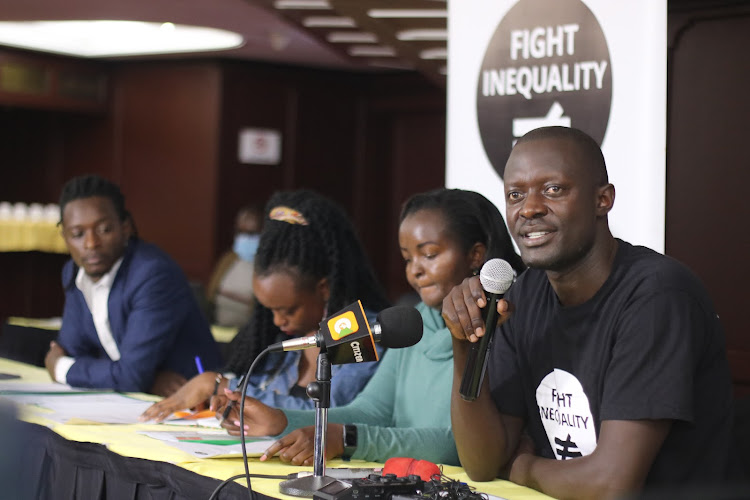 Christian Aid Pan Africa senior advisorJoab Okanda speaks during a press briefing on the Inequality in tax payment between the rich and the poor class in the country at Nairobi Safari Club on Tuesday 18, January.
Image: WILFRED NYANGARESI

The lobby group wants the state to add three per cent of tax paid by rich people.

They say a lot of inequality has been witnessed in the past few months especially during the revival of the economy.

Speaking during a press conference on Tuesday, Okanda said the benefits of growth are not being shared equally.

“We believe that a tax on the richest in the society will go a long way in building a more inclusive, cohesive and sustainable Kenya,” Okanda said.

He added that this would put Kenyans lives above corporate interests.

“In this country, some time back aircraft and helicopters spare parts were not taxed, it is the richest in our community who use these facilities,” he said.

He also faulted the government for failing to tax inherited property that is owned by the rich.

“The rich use the same wealth to capture our politics, economy and to continue robbing us our dignity, it is unacceptable,” he added. 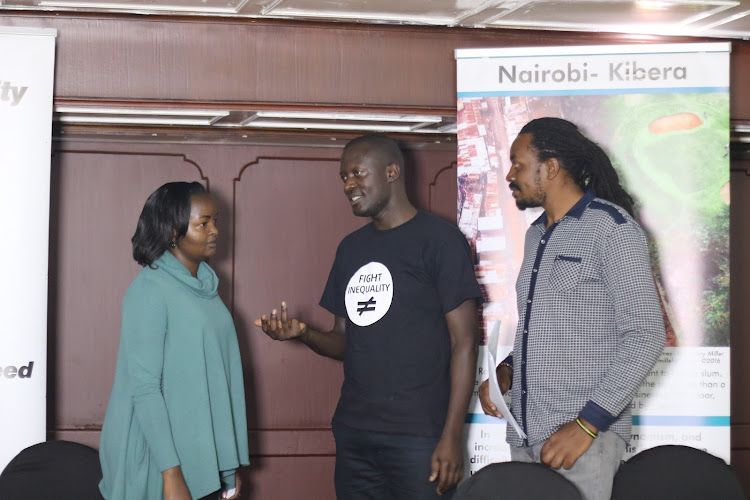 Inheritance tax is a levy on assets inherited from a deceased person.

It is the beneficiary who pays for inheritance tax.

In Kenya, If the deceased person did not have a spouse or child, the estate goes first to the father, then to the mother if the father is deceased.

If both parents are deceased, it goes to the brothers and sisters if there are any, then to their children.

The number of superrich individuals in Kenya is one of the fastest-growing in the world.

It is predicted that the number of millionaires in Kenya will grow by 80% over the next 10 years.

New data released by Fight Inequality Alliance, the Institute for Policy Studies, Oxfam, and Patriotic Millionaires shows that an annual wealth tax applied to the wealth of multi-millionaires and billionaires of Kenya would raise approximately $900 million a year.

From the data, this is enough to increase the government health budget by 36% or reduce households’ out of pocket health costs.