The Hungarian government has doubled scholarships given to Kenyans.

• Uhuru also said that Kenya is ready to establish a diplomatic mission in Hungary's capital, Budapest.

• Uhuru said the scholarship opportunity will strengthen bilateral relations between Kenya and Hungary, which dates back to 1964. 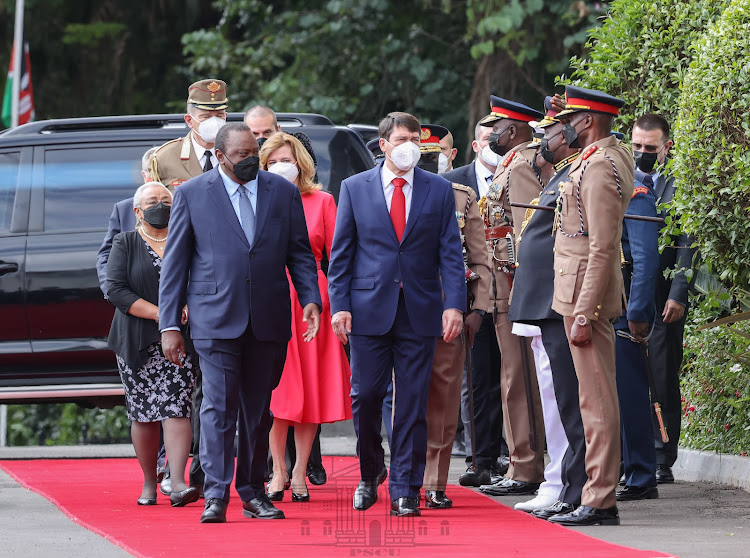 President Uhuru Kenyatta on Monday thanked the Hungarian government for doubling scholarships given to Kenyan students annually from the current 100 to 200.

Speaking after bilateral talks with visiting Hungarian President János Áder, Uhuru said the opportunity will strengthen bilateral relations between Kenya and Hungary, which dates back to 1964.

"We thank you and your administration for the kind gesture which will not only help strengthen our people-to-people collaboration but also enhance our two countries’ cooperation within the wider Kenya-European Union partnership."

Uhuru also said that Kenya is ready to establish a diplomatic mission in Hungary's capital, Budapest.

The President said the embassy would be established at the earliest opportunity to increase its presence in Europe.

"It is our desire to have a greater presence in Central and Eastern Europe, and I'm glad to announce today that Kenya is ready to establish a diplomatic mission in Budapest at the earliest opportunity," he said at State House in Nairobi.

The President added that Kenya is particularly keen on creating more collaborations between its vibrant private sector and their Hungarian counterparts.

He said the collaboration will serve as an avenue of fully exploiting the immense potential for trade and investment that exists between the two countries.

"... and it is within this progressive framework that Kenya and Hungary look forward to growing our trade and investment as we recover from the disruptions occasioned by Covid-19."

Áder was welcomed by Uhuru and accorded a 21-gun salute at State House on Monday.

The Hungarian President was accompanied by First Lady Anita Herczegh.

President Áder will also visit Ghana where he will view a sewage treatment plant in Kumasi that employs Hungarian technology.