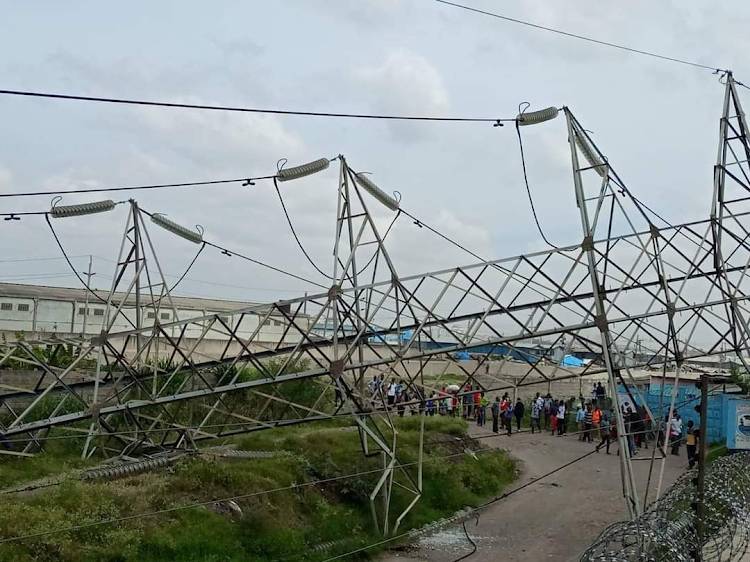 Detectives from the Directorate of Criminal Investigations have identified a section of managers at the Kenya Power Company for grilling and subsequent possible prosecution over last week’s nationwide power outage.

So far up to five managers have been grilled over the collapse of four towers in the Nairobi-Kiambere Power transmission line.

Police plan to ask the Office of Director of Public Prosecution to charge the managers with among others economic sabotage and negligence to duties.

This was after it emerged the four towers were intentionally weakened before the collapse of the cables causing a national blackout.

Further, the DCI has obtained evidence to show the managers in charge of maintaining the lines were alerted about its status last November but failed to act.

“There are witnesses who even recorded the state of the cables and towers and sent to the managers asking them to take action in vain. Contractors of a site there saw the towers lose and alerted the management but no action was taken,” said a senior official aware of the probe.

More have been summoned for grilling sessions on Monday January 17.

According to the team of investigators who visited the scene of the collapsed line, the basement of the angle towers of the Kenya Power high voltage power lines had been vandalized.

The investigators also found that the cross beams had been removed and unbolted a scenario that had the angle towers caving in.

“Since the angle towers had been vandalized, they could not support the weight of the conductors which are very heavy as well as the tower itself."

And following the January 11 incident, president Kenyatta ordered an immediate probe and action into the said sabotage.

Interior Cabinet Secretary Fred Matiang'i led a high-level meeting for two consecutive days to unravel the details over the incident that has been described as a threat to national security and an economic sabotage.

Matiang'i and his Energy counterpart, Monica Juma, put to task Kenya Power board officials over the matter.

The team later visited the Dandora power station and the site where the collapsed power lines lay.

It was then they witnessed the mess in the industry.

“The power outages in the last two days underscore the imperative and urgency of implementing the proposed reforms in our power sector to ensure stable and reliable power supply,” said Dr Juma.

The country has been experiencing outages caused by collapsed power transmission lines.

In mid December 2021, the Loyangalani-Suswa power line went down. The tower, which has a voltage of 220 Kilovolts and supplies 17 percent of the power in the country, affected some parts of the country. This caused Kenya Power to ration power during evening peak hours.

Kenya Power said it could take up to two weeks for the towers to be brought back up.

The outage comes days after the Ministry of Energy confirmed a 15 per cent reduction in electricity cost in order to cushion Kenyans from the high cost of living.

"Ministry is hard at work to ensure the experience of the last two days doesn't recur."
News
5 months ago

Continued power outage in city estates due to glitch–KPLC

The power supply company said electricity will be restored by 5 pm on Wednesday.
News
5 months ago

"An update on the restoration progress will be issued in due course." - KPLC.
News
5 months ago