Kenya is ready for you Baba, CS Munya tells Raila

• Raila has been holding talks with leaders at Mount Kenya University where he has received the region's declaration. 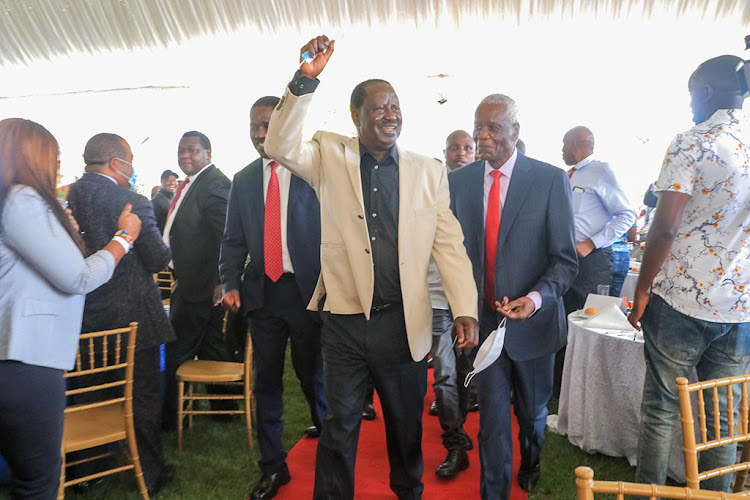 Agriculture Cabinet Secretary Peter Munya has affirmed that the country is ready for Raila Odinga's presidency.

Speaking at the Mount Kenya University where Raila is holding a meeting with leaders from mt Kenya, Munya said he has no doubt the ODM boss will win the next general election.

" I have traveled across the country and I have seen a radical shift, people are now accepting that you will be the fifth president," Munya said.

The former Meru governor said Kenyans have rejected politics of revenge and imposition being played by a section of presidential aspirants.

"Kenyans must live together in harmony and no one should be talking about madoadoa in this country, that is the language of other people I am hearing out there," Munya said.

"Baba you have fought for this country for decades, it is now time that you succeed president Uhuru so that you can continue with his big legacy," he said.

Munya lauded Raila's style of politics that engages the grassroots leaders to understand their problems as opposed to those he said are moving around the streets.

"Unlike others moving around the streets, you have had regional meetings like this one to talk to leaders and understand problems of each region, that is what it means being a leader," Munya added.

Raila has been holding talks with leaders at Mount Kenya University where he has received the region's declaration.

The former prime minister is due to arrive at the Thika Stadium later where he will formally launch his grand march to State House.