With the financial struggle, some university heads have resorted to banks and other financial institutions for loans

•The institutions posted a deficit of Sh6.2 billion last year and received Sh70 billion from the Treasury to run their operations. 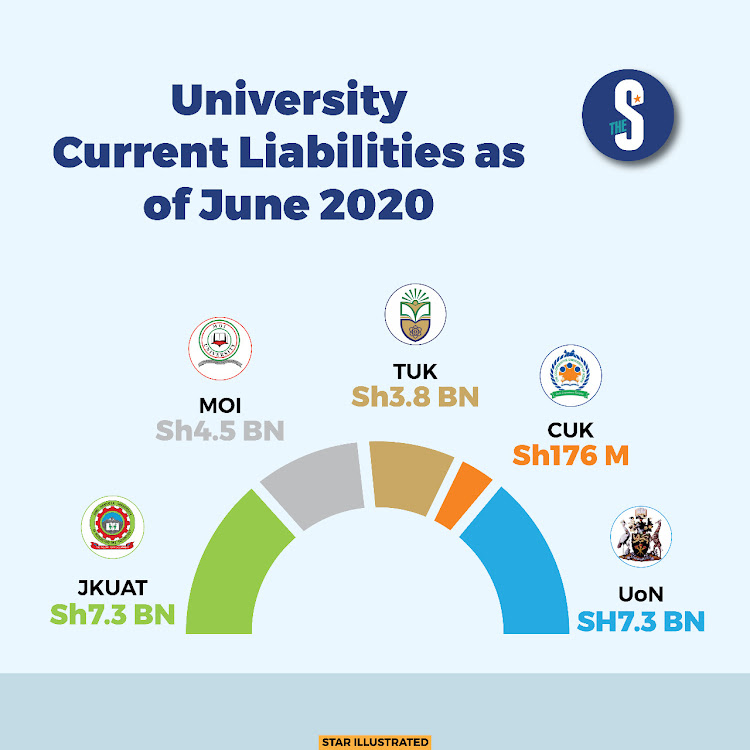 Public universities seeking commercial loans will have to get approval from the treasury, according to a draft budget statement 2022.

The argument is, the treasury sits as the guarantor in commercial loans.

“Loans to universities from commercial banks can be authorised by the National Treasury because the government is the guarantor of loans,” the statement reads.

Public universities have come under financial strain in recent years due to the rapid expansion amid a drop in student enrollment.

The institutions posted a deficit of Sh6.2 billion last year and received Sh70 billion from the Treasury to run their operations.

With the financial struggle, some university heads have resorted to banks and other financial institutions for loans.

In late April, the International Monetary Fund asked Kenya to overhaul its three top public universities to save them from financial distress as part of the conditions of Sh234 billion loan to the country.

The IMF, the private investment arm of the World Bank, identified the three universities–Kenyatta, University of Nairobi and Moi, as among the top state-owned agencies carrying the biggest financial risks.

It recommended for closure of the institutions because of duplication of courses and the need to cut spending.

Kenyatta University and UoN dipped into a combined Sh4.3 billion financial deficit, underlining the cash flow problems that have seen them seek to raise student fees.

Treasury records show that UoN had a deficit of Sh2.17 billion last year.

The changes saw the university reduce its colleges from 35 to 11.

KU’s deficit dropped to Sh2.13 billion in the same period, with the institution relying on short-term loans to finance its operations.

The institution has over Sh1.06 billion in debt in statutory deductions.

In addressing the financial challenge, the government suggests the institutions undergo reforms to cut their costs to make them financially viable.