LGBTQ activists say MP's bill locks them out of parenthood

• The law would only allow for ‘couples’ to have this procedure done.

• “ ‘Couple’ means a male and female who are in an association that may be recognised as a marriage under any law in Kenya,” the bill reads. 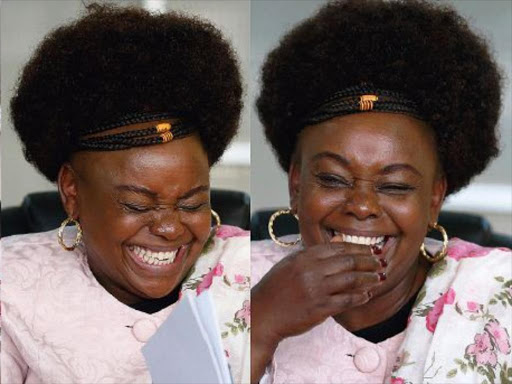 Suba North Member of Parliament Millie Odhiambo introduced a bill at the National Assembly to help couples struggling to get children.

The Assisted Reproductive Technology Bill, 2019 was passed by Parliament in November.

It will see laws in place to support surrogacy and invitro-fertilisation (IVF) for couples who struggle to become parents.

Surrogacy allows for a third party (a woman) to carry a baby for you in their uterus in the event your own uterus cannot sustain a pregnancy.

The law would only allow for ‘couples’ to have this procedure done.

“‘Couple’ means a male and female who are in an association that may be recognised as a marriage under any law in Kenya,” the bill reads.

This automatically locks out homosexual couples who may want to have children and start families of their own.

In an article by The Washington Blade ( washingtonblade.com ), the LGBTQ rights activists lamented the fact that intersex individuals and couples could get the services but same-sex couples could not.

They highlight some of the comments by MPs debating the bill, with Nominated MP David Ole Sankok quoted saying the bill was one of the best to have ever been tabled in the August House.

“Of the many amendments that have been carried, this one is the best. This is so that we be specific that in Kenya, we do not recognize marriages between people of the same gender,” he said.

The bill will see that any gay or lesbian found guilty of using a surrogate mother to have a child risks a fine not exceeding Sh5 million or a jail term of not more than five years or both.

The activists said that the National Assembly’s Health Committee, the sponsor of the surrogacy law, collected views from numerous key stakeholders in the health sector like the Intersex Persons Society of Kenya.

“However, the Gay and Lesbian Coalition of Kenya, (GALCK), was notably sidelined in the committee’s public hearings.

Senate is expected to debate the bill once it reconvenes on February 8.