The accused person denied the charges before Kibera magistrate.

• Kuto released him on Sh300,000 bond with the surety of the same amount 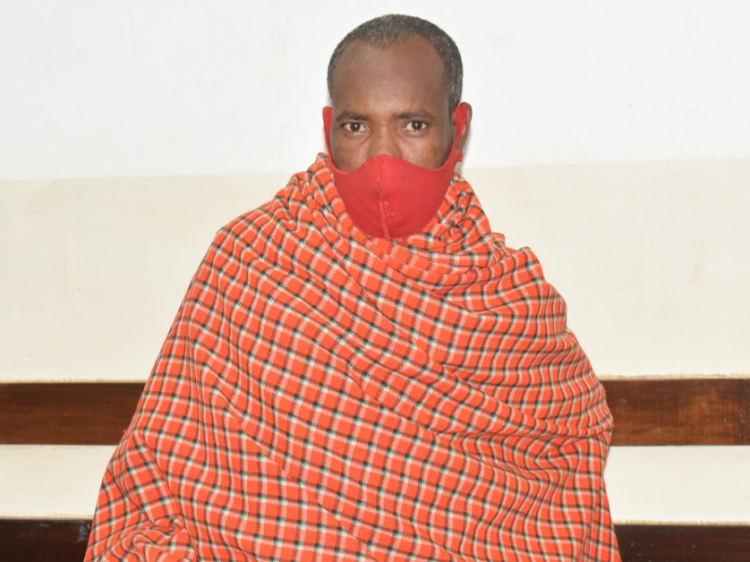 A security guard accused of committing an indecent act on an adult woman at a restaurant he was guarding was on Wednesday arraigned at a Kibera court and charged.

Dainon Lempirdaany, according to the charge sheet, committed the offence on January 8 at Lavington along Gitanga road area in Dagoretti sub-county within Nairobi county.

The charge sheet says the accused person touched the buttocks of JPN with his hands contrary to the penal code.

According to the investigators, the complainant was at the restaurant with the guard who demanded that he be served tea.

The police say that the woman, who works as a waitress, told the accused that she lacked milk but he insisted that he gets some tea forcing her to prepare black tea for him.

The police report adds that after the accused person had been served tea, he left and came back later demanding more tea which he promised to pay for.

The accused person, the woman told the police, started showering her with praises saying she is kind, beautiful and has a good body figure as he started touching her buttocks with his hands.

“He started touching my breasts with his hand and told me that I had a good figure, I told him to stop but he did not listen. He was appearing drunk and I told him that I was going to call the police,” she added in the police report.

According to her, that was the second time the accused person made such moves on her.

The accused person was arrested over the matter after the victim filed a complaint with the police leading to his presentation in court.

Kuto released him on Sh300, 000 bond and directed that the matter be mentioned after two weeks.

Kuto also directed that the accused person be supplied with witness statements and documentary evidence that the prosecution will rely on on the entire case.