Covid vaccines to be integrated into routine immunisation to boost uptake

This means those who wish to be inoculated can access the vaccines any time they visit a health facility.

• More than 74,000 Kenyans have received their Covid-19 vaccine booster jabs since the exercise began on January 1.

• Kenya opened up for third shots after scientific evidence showed immunity against the virus wanes with time hence the need to be boosted. 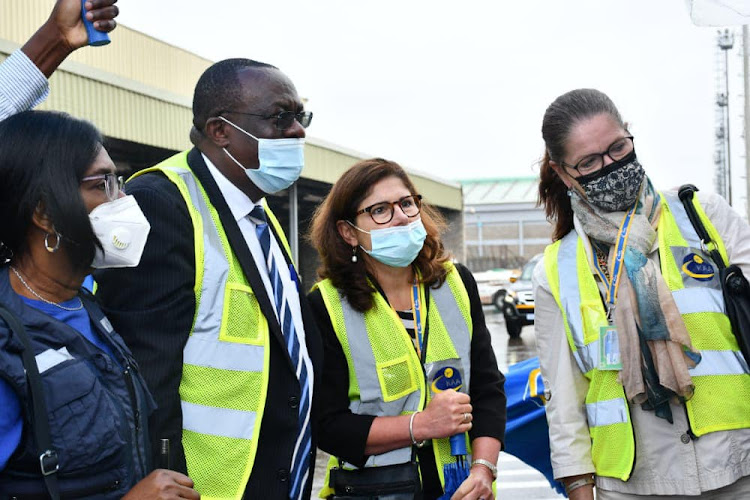 This means those who wish to be inoculated can access the vaccines any time they visit a health facility.

Currently, vaccines listed for routine immunisation in the country include BCG for tuberculosis, OPV and IPV for poliomyelitis, Rotavirus for rotavirus diarrhoea, DPT for diphtheria, whooping cough and tetanus.

Others include pneumococcal vaccine and HPV for girls between 10 and 14 years.

“We are not going to be in vaccine campaign mode permanently. You can’t be on a campaign permanently,” Vaccines deployment taskforce chairperson Dr Willis Akhwale said on Friday.

“We will also slowly integrate vaccinations into routine health services so that even when you go at 5pm and you want a vaccine, you get it,” he added.

Kenya has started giving booster shots after scientific evidence showed immunity against the virus wanes over time after initial vaccination.

More than 74,000 Kenyans have received their Covid-19 vaccine booster jabs since the exercise began on January 1.

Data from the Health ministry shows that as of Wednesday, 10.8 million vaccines had been administered across the country. Out of this number,  6.1 million people are partially vaccinated while 4.6 million are fully vaccinated.

Also, 25,213 teenagers aged between 15 and 18 years have received their doses of Pfizer vaccine, which was approved by the Pharmacy and Poisons Board for this age group.

The ministry has been using several strategies to improve the uptake of the Covid-19 vaccines. They include vaccinations at marketplaces, churches, bus stations, and even at political rallies.

However, some counties have continued to record low numbers, with those in the arid and semi-arid areas being the worst affected.

For instance, only four per cent of the targeted population in Tana River has been fully vaccinated. In Turkana, only 4.8 per cent have been vaccinated.

However, some counties have continued to do well in the vaccination campaign.

They include Nairobi, where 36.1 per cent of the targeted population has been fully vaccinated. It is followed by Nyeri with 33.5 per cent, Laikipia with 27.2 per cent, Kiambu with 24.1 per cent, Kakamega with 22.8 per cent and  Taita Taveta with 20.3 per cent.

“Vaccination is a devolved service and counties will understand their populations better. We have seen some counties deploy specific strategies are working,” Akhwale said.

“Kenya is very innovative. Have you heard of moonlight vaccination? Kiambu and Murang’a do vaccinations at night using torches,” Akhwale said.

3,025 patients have recovered from the disease, bringing total recoveries to 279,044.
News
1 week ago

AstraZeneca's shot increased antibodies when given as a booster after initial vaccination
News
1 week ago
by MAGDALINE SAYA REPORTER
News
14 January 2022 - 22:00