Several villages have been raided by suspected al Shabaab militants between January 2 and 9.

• The families fled from Juhudi, Marafa, Salama, Muhamarani, Mashogoni villages for fear of being attacked.

• The recent attacks in Lamu have left 15 people dead and several houses torched by suspected militiamen. 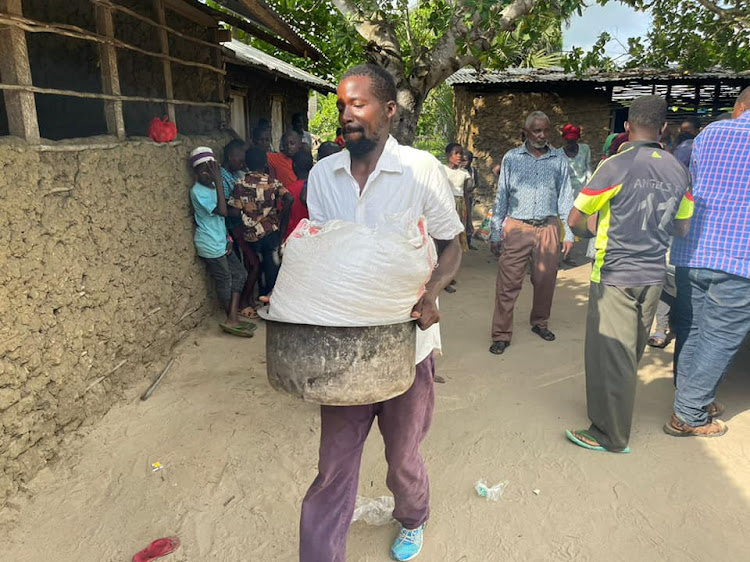 A man with his portion of relief food at Kibaoni camp in Lamu West.
Image: CHETI PRAXIDES

At least 300 families have been displaced from their homes in recent attacks witnessed in parts of Lamu county, local administrators have said.

The families have set up camps in various parts of Lamu after their villages were raided by suspected al Shabaab militants between January 2 and 9.

Some are camping at Shalom Academy in Kibaoni and others at Juhudi Primary School in Lamu West.

The families fled from Juhudi, Marafa, Salama, Muhamarani, Mashogoni villages for fear of being attacked.

The recent attacks in Lamu have left 15 people dead and several houses torched by suspected militiamen.

On Thursday, the bodies of two men who were abducted on January 5 were recovered inside a forest in Kibokoni, Lamu West.

The IDPs are worried after militants invaded Mashogoni village on Tuesday at dawn, slaughtered two goats and chickens and had a feast before strolling back to their hideout.

“They enter our villages so easily and leave at their own pace after killing our people. The security officers seem to never respond on time, or they are scared like we are. That is why we left. We don’t feel safe at all,” he said.

Residents have called on the government to establish more security camps in the area so they can be assured of safety when they return to their homes.

“Without that, we won’t be going home anytime soon. We would rather be here forever,” Juhudi resident Josephina Wanyiura said.

The IDPs have complained that they lack basic necessities like food and water in the camps. They want the government to send help.

“We need food, medication and mosquito nets because the situation here is not favourable, especially for young children, pregnant women and the elderly people,” Simon Kalama from Witho village said.

But the IDPs said the food was little compared to the growing number of those coming into the camps.

MCA Paul Kimani urged the government to set up more security camps in the villages.

“Villages like Juhudi-Ukumbi and Marafa have become access routes that these attackers use to access other villages here. We need KDF and other security camps set up there,” he said.

“We have men here who fought during the Shifta War and are experienced with dealing with this kind of thing. Let them be recruited as reservists because they know all the routes and forests here. They can teach the KDF a thing or two about handling these attackers,” he said.

Lamu county commissioner Irungu Macharia urged the IDPs to return to their homes, saying the government has taken all measures to ensure residents are safe.

“We are encouraging those in camps to go back home because there is a countywide operation to pursue the militia. The security here is top-notch,” he said. 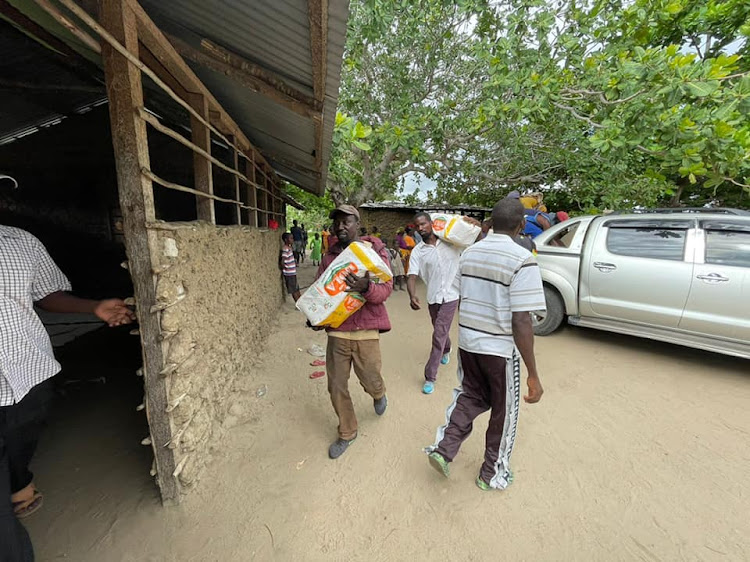 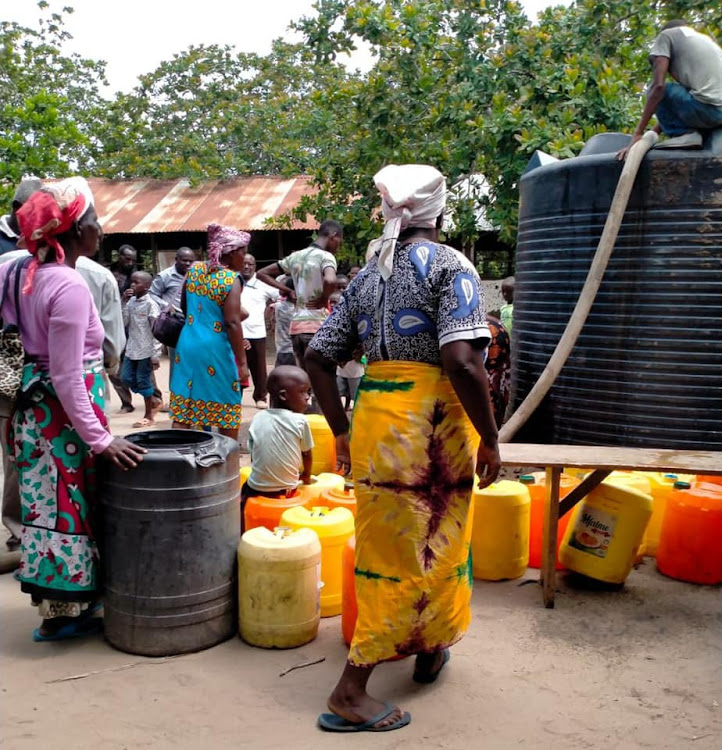 IDPs at the Kibaoni camp queue for water at the camp.
Image: CHETI PRAXIDES

The bodies had been mauled by wild animals leaving only a few bones.
News
2 weeks ago

They set a few houses on fire on their way out and shot in the air several times while chanting.
Counties
2 weeks ago
by CHETI PRAXIDES Correspondent,Coast Region.
News
14 January 2022 - 22:00