Woman in court to seek conjugal rights from imprisoned husband

The woman argued that her husband retains all his other rights, including conjugal rights.

• She argued that she has been deprived of her right to procreate and have intimacy with her husband.

• The Prisons Act is silent on the issue. Conjugal rights can only be enjoyed in private setups which are lacking in prisons. 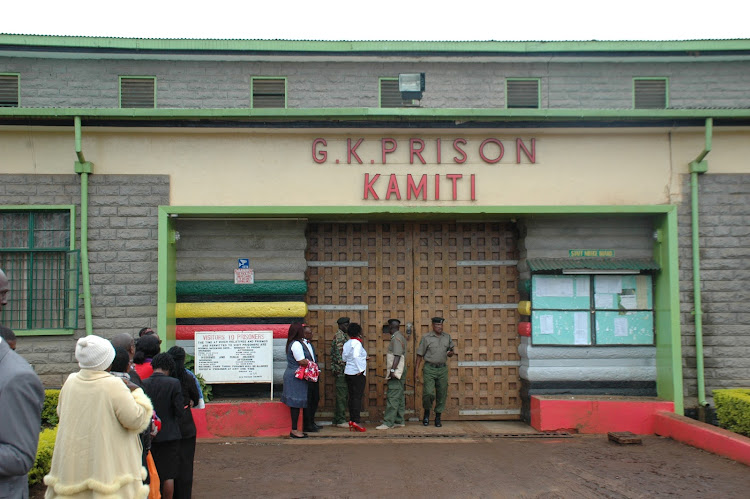 A photo of the Kamiti Maximum Prison
Image: PATRICK VIDIJA

A woman has expressed her grievances through the court to be allowed to visit her husband in prison for conjugal rights.

Conjugal rights are the rights, especially to sexual relations, regarded as exercisable in law by each partner in a marriage.

The woman, who is suing Attorney General Paul Kihara, argued that her husband, Erastus Odhiambo, retains all his other rights, including conjugal rights even though he is serving 20 years in prison for murder.

She also argued that she has been deprived of her right to procreate and have intimacy with her husband.

“The first petitioner is in her reproductive years and it is her desire to sire more children, continue being a woman and now seeks for conjugal visits with her spouse to meet her sexual needs,” her lawyer said.

“The first petitioner has read and understood the content and substance in the Persons Deprived of Liberty Act 2014 and strongly believes that she is entitled to conjugal visits since her spouse retains all the rights under Article 51 of the Constitution.

Failure by the respondent to accord, provide facilities to enable the first petitioner access such visits elucidated above amounts to a violation of her most basic need as a woman," the lawyer argued.

According to the Marriage Act No.4 of 2014, where either the husband or wife has, without reasonable grounds, withdrawn from the society of the other, the aggrieved party may make an application to the court for restitution of conjugal rights. And the court, on being satisfied with the truth of the statements made in such application and there being no legal ground why the application should not be granted, may order restitution of conjugal rights accordingly.

Odhiambo was convicted and sentenced in 2018 for killing lawyer Linda Wanjiku, a mother of one.

Odhiambo appealed against the sentence, faulting the trial judge for convicting him without sufficient evidence.

He argued that the conviction was based on evidence, which was inconsistent, contradictory and uncorroborated.

However, Court of Appeal judges Fatuma Sichale, P Ouko and W Karanja ruled that given the violent manner in which Odhiambo killed Wanjiku, they thought he was undeserving of a 20-year jail term.

The judges said Odhiambo appeared to be part of a growing number of young persons who enjoy affluence and think that human life is of no value.

The Prisons Act is silent on the issue. Conjugal rights can only be enjoyed in private setups which lack in prisons.

Articles 24 and 25, however, point out that rights are not absolute. These provisions set a very tight threshold and rigid procedure for limiting rights.

Businessman who killed wife to continue serving 20 years in jail

WANGARI NJOROGE: Inmates should not feel isolated in prison

More focus should be put on rehabilitating them
Opinion
3 weeks ago
by TRACY MUTINDA Lifestyle, Entertainment Writer
News
13 January 2022 - 14:30