Amendment unanimously passed by lawmakers to protect the devolved units 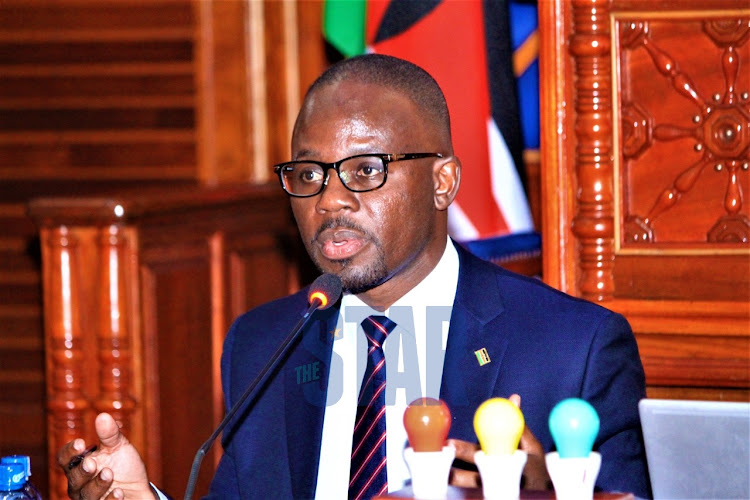 Senators have approved a bill providing tough procedures for the transfer of functions between the national and county governments.

The Intergovernmental Relations (Amendment) Bill, 2021 was unanimously passed by the lawmakers to protect the devolved units ‘whose functions have been under threat of takeover.’

The approval heralds the end of an era when the national government could arbitrarily take over county functions without consulting the county assembly and the public.

Health, transport, public works, planning and auxiliary services were transferred in the deal that has been severely criticised as opaque as it did not involve the participation of the public.

The functions are performed by the Nairobi Metropolitan services, state body headed by Mohamed Badi.

Already, Governor Anne Kananu has extended the term of the deal by six months.

According to the bill that now awaits the approval of the National Assembly before it is signed into law by President, transferring functions between the two levels of governments will be a tedious and consultative process.

“The principal objective of this bill is to amend the provisions of the Intergovernmental Relations Act, 2012 to provide a comprehensive framework on the transfer of powers, functions or competences by either national or county governments,” the bill reads in part.

The bill is sponsored by Homa Bay Senator Moses Kajwang.

Kajwang’ said Sonko’s transfer of Nairobi county functions exposed certain gaps in the manner in which the transfer was effected and oversight mechanisms of the transferred functions.

“The transfer of functions from one level of government to the other should be so elaborate, and one that respects and recognises the important role of the county assembly and the Senate,” he said.

Article 187 of the Constitution provides for the transfer of functions between levels of governments upon an agreement.

For a county government function to be transferred, the Bill states, the county assembly and the senate must sanction movement.

The county executive committee member shall submit a draft agreement under section 26 of the principal act, to the clerk of the respective county assembly for tabling before the county assembly.

A county assembly shall exercise oversight over a power, function or competency transferred or delegated by a county government.

The Senate speaker upon receipt of notification of the approval of any such resolution shall then convene Senate session to consider the bill within 30 days.

The county assembly and Senate shall retain oversight role of the transferred function (s).

The National Assembly shall consider the request within 30 days. The House retains the oversight role over the function (s) transferred.

Statement from State House noted that Sonko and CS Wamalwa signed an agreement.
News
1 year ago

Gives away functions that control a huge chunk of the budget and are also the key revenue earners.
News
1 year ago
by JULIUS OTIENO Journalist, Political and Parliamentary Reporter
News
13 January 2022 - 23:00