The MP controversially lost Jubilee nominations in 2017, deciding to run as independent. 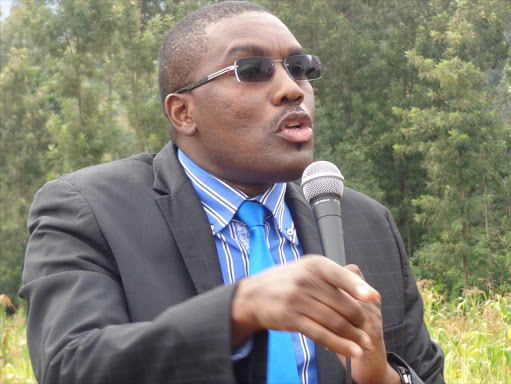 Kabando who is supporting ODM boss Raila Odinga's presidency is seeking to unseat Ephraim Maina in the August 9, General Elections.

The ex-MP said on Thursday that his campaign team will soon unveil details about his senatorial candidature.

"Upon wide consultations, urgings, online and grassroots surveys and my spirit to so serve, I offer myself to be Senator of the great county of Nyeri," he Tweeted on Thursday.

He went on: " #KKCampaign will communicate details of this noble venture in 3 weeks. I pledge clean decent issues campaign."

Kabando represented Mukurweini for two terms having been elected for the first time in 2007.

He was first elected on the Safina Party ticket.

In 2013, Kabando joined The National Alliance of President Uhuru Kenyatta and retained his seat.

During the 2017 General Election in Kenya, Kabando contested the Jubilee party's nomination to vie for the parliamentary seat in Mukurweini but he controversially lost the bid.

Kabando left the party claiming massive rigging and went to the ballot as an independent candidate.

Although he lost to Anthony Kiai Kabando continued to campaign for President Uhuru's re-election and was among the senior strategists spearheading Uhuru's campaign.