Women group asks leaders to be role models to youths

Jenifer Riria said that this is not time for leaders to act or speak recklessly.

• Jenifer Riria, Chairperson of ALWN, condemned Members of the National Assembly for the unprofessional display seen during the debate on the Coalition Bill.

• She said this is not the time for leaders to act or speak recklessly owing to Kenya's history on violence. 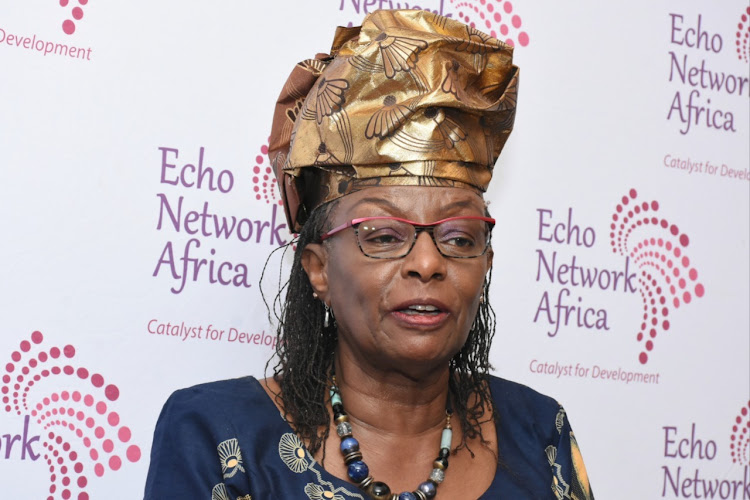 Women leaders have asked Kenyan politicians to be better examples for young people in the country.

The leaders who are part of the African Women Leaders Network (ALWN) said Kenyan legislators and political aspirants should uphold a decent image for young people to emulate.

They spoke during a press conference at Nairobi's Serena Hotel on Wednesday where they addressed recent negative utterances made by politicians at campaign rallies.

Jenifer Riria, Chairperson of ALWN, said this is not time for leaders to act or speak recklessly owing to Kenya's history of violence.

“We are appalled and concerned about rising temperatures and increasing levels of intolerance in our country especially ignited by our political leadership,” said Riria.

She also condemned Members of the National Assembly for the unprofessional display seen during the debate on the Coalition Bill saying it was a bad example to the young people.

"Kenyans including children watched helplessly the other day as members of parliament came to blows while debating the Coalition Bill," she said.

Riria said that the country is battling with the challenge of unruly school-going children who are burning their own institutions adding that indiscipline among leaders forms a bad image in them.

She further urged leaders to be careful with their utterances in political rallies this season to avoid inciting Kenyans to violence.

“Let us not forget that lives were lost before and properties worth millions were destroyed in the war. Many Kenyans are still hurting from the wounds inflicted during the post-election violence," she said.

She told Kenyans to stand together to condemn leaders who made hateful speeches during their campaigns and preserve the peace and tranquillity of the country.