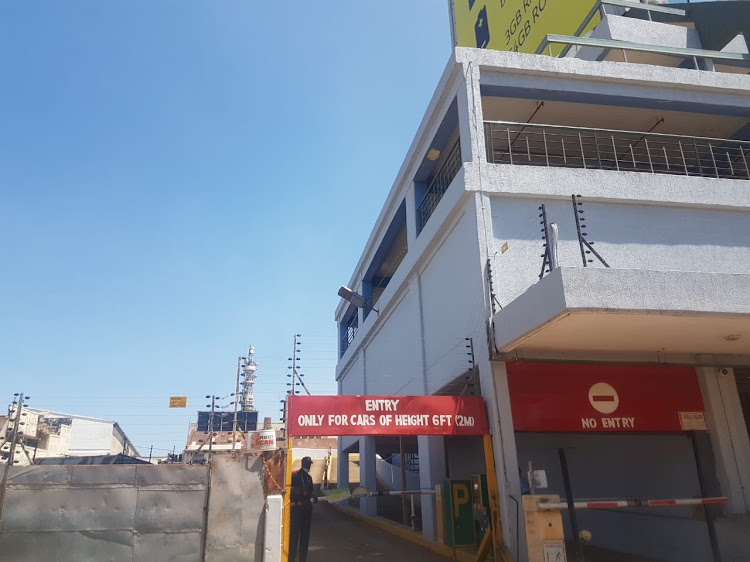 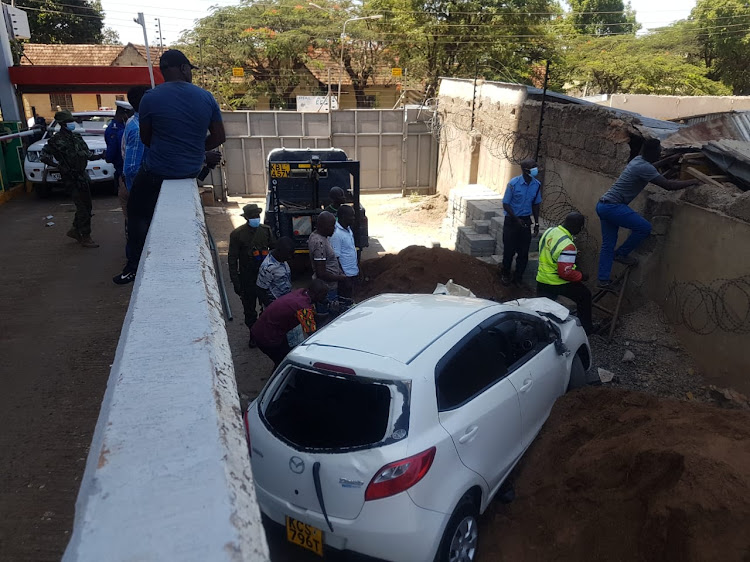 An accident scene in Kisumu where a woman has escaped death narrowly .
Image: MAURICE ALAL

A woman escaped death narrowly after her car plunged on top of a nearby market from the first floor parking of the 12-storey Mega Plaza building in Kisumu.

The accident happened at about 11.30am after the woman dropped her husband at the parking lot on the first floor.

A security guard at the building said the woman drove in alongside the husband.

“It was the husband who was driving as they entered the building. The woman was seated on the co-driver’s seat,” he said.

He said the car first rammed into the barriers of the parking lot before flying and hitting the roof of the nearby market.

"I had to run for my dear life," the security guard said.

Another eye witness, Susan Onyango, said she saw a white Mazda Demio car ‘fly’ from the building on the Oginga Odinga Street before it rammed onto the roof of Lake Market.

“It seems the woman might have mistakenly engaged the drive gear instead of reverse and accelerated while at the parking lot,” Onyango said.

Onyango urged the building owners and management to raise the parking lot barriers to prevent such accidents.

The victim, who is an employee of the County pension fund, sustained slight injuries and was taken to Avenue hospital.

She sustained bruisers on the face and complained of pain on the thighs.

A close family member said the victim lost control of the car due to brake failure.

However, according to the police, the victim overshot the parking bay and they are investigating the incident.

The wreckage of the vehicle was towed to Kisumu Central police station. 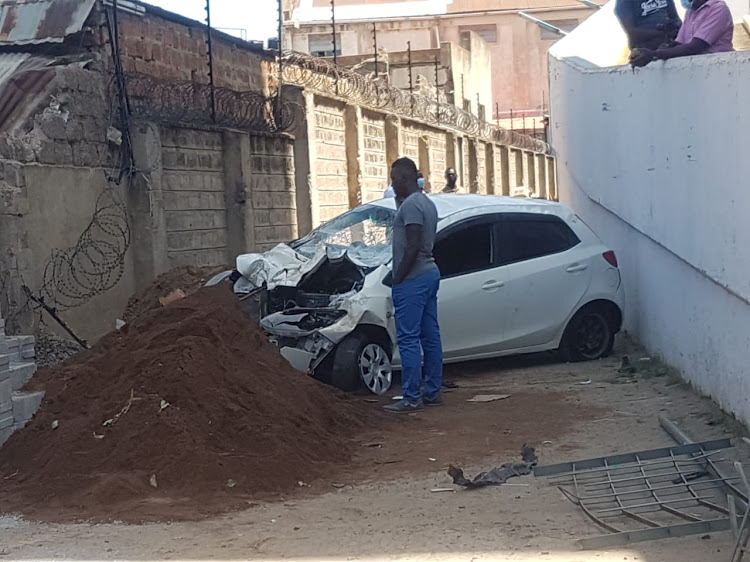 A relative at the scene of accident.
Image: MAURICE ALAL

Wheel flies off truck and crushes man to death

A man was killed when a detached wheel of a trailer crushed him as he spoke on the phone next to his car in Mutarakwa, Limuru, on the Nairobi-Mai ...
Counties
5 years ago