The government seeks to restore the once vibrant East Africa hub.

•The government seeks to restore the once vibrant East Africa hub to its former glory with the renovation of the port meant to allow bigger vessels to dock in to enhance trade with neighboring countries. 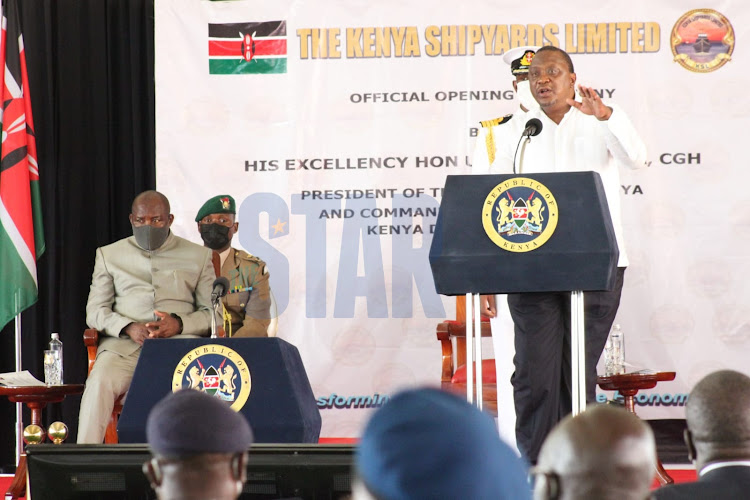 President Uhuru Kenyatta on Wednesday made a surprise visit to the lakeside city to inspect ongoing projects within the Kisumu port.

Sources at the Port confirmed the president visit but noted it was private.

At around 3 pm the President landed in an Airforce military chopper at the refurbished Kisumu port.

President Uhuru was accompanied by the Chief of Defence Forces General Robert Kibochi among other government officers.

Immediately, movements were restricted both in and out of the port area as civilians amongst other officials including journalists were stopped at the gates.

The president is said to have visited the shipyard where a new ship 100-meter-long dubbed MV Uhuru II wagon vessel is currently being constructed to complement the MV Uhuru which was refurbished by the Kenya Navy Engineers in 2020.

The MV Uhuru II wagon vessels will have a capacity of carrying 24 wagons once completed. It will be the first ship to be constructed at the Kisumu shipyard in 70 years.

When the President visited the lake region in June last year, he tasked the Kenya shipyards team which is undertaking the project with the technology from Dutch firm, Damen shipyards to fast track the process. 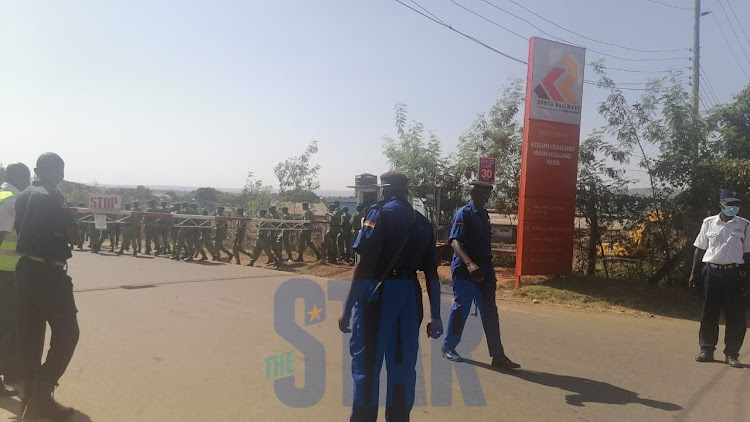 Police officers at the entrance where people were burred from accessing the port.
Image: FAITH MATETE

The president had asked the county governments from the Lake Region to take advantage of the new development and revamp Agricultural production and industries to tap into the wider East Africa counties.

He noted that the new vessels will complement railway transport by shipping cargo wagons through the lake.

After inspecting the ongoing works at the shipyard, the president is said to have boarded the military plane and left the port.

He left to inspect the Mbita causeway in Homabay and the ongoing dredging at Lake Victoria before flying back to Nairobi.