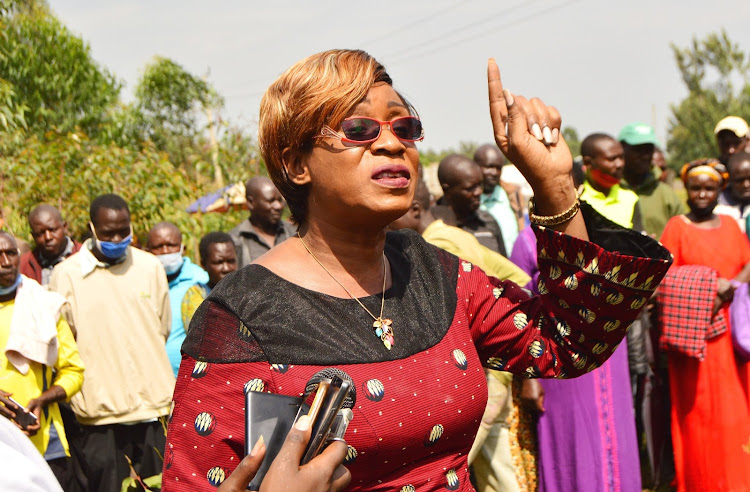 The troubled Kenya medical supplies authority is now a step away from losing its monopoly in the supply of medical and non-pharmaceutical to national and county health facilities.

The senators have passed a Bill scrapping the provision mandating the institutions to strictly procure the commodities from the corruption-ridden state-owned Authority.

The lawmakers unanimously endorsed the Kemsa (Amendment) Act, 2021, to give the counties and national governments free hand to purchase medical suppliers from other players.

“This Bill is pro-Kenyans. Kenyans have suffered because of late delivery of drugs by Kemsa,” Nominated Senator Naomi Shiyonga, the sponsor of the bill, said.

The Bill now heads to the National Assembly for consideration. Should it sail through, Kemsa which has been riddled with corruption allegations will lose its monopoly.

“We want to appeal to the national assembly to listen to cries of our people and frustrations that counties undergo trying to purchase drugs for our people suffering in hospitals and pass this bill,” Shiyonga said.

Currently, counties are barred from procuring the drugs and other medical commodities from any supplier other than Kemsa.

The Bill, however, requires counties with debts to the agency to clear their pending bills before procuring the commodities from other players.

The counties owe Kemsa a huge amount of money – running into billions of shillings.

Kemsa has been in the limelight over the alleged graft in the procurement of Covid 19 containment items.

Reports by the auditor general, controller of budget and public procurement oversight authority show the public lost at least Sh2 billion in illegal and irregular procurement and exaggerated prices.

In her justification for the changes, Shiyonga argues that Kemsa has not been adequately meeting the demands of the counties, only able to supply 60 per cent of the requirements.

This, she adds, has constrained the ability of county governments to ensure county health facilities have adequate drugs and medical supplies to effectively and efficiently provide service to Kenyans.

Governors have often complained that Kemsa’s prices are high compared to other players in the market.

In addition, Kemsa’s turnaround time has been long, leading to the disruption of crucial health services in public hospitals.

They have claimed that Kemsa has been the cause of the persistent shortage of drugs in public hospitals in counties.

However, there have been concerns that giving the governors a free hand will open the floodgate of fake drugs and the country are likely to purchase the products from unscrupulous suppliers.

While debating the Bill, senators pointed their arsenals at the Pharmacy and Poisons Board, saying the body must be thorough in testing medical commodities imported into the country.

“The Board must now up its game. It cannot be as business as usual. We know there are so many unscrupulous people in this country and we don’t want them to mess up with the lives of our people,” he said.