Rapid response team was dispatched to Bondo to obtain all relevant information.

• Makori said once the investigations are completed, the Authority shall not hesitate to make recommendations. 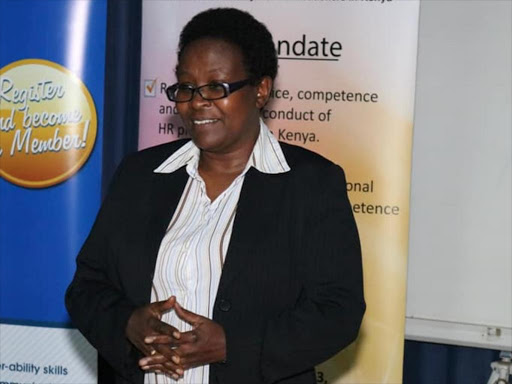 Independent police oversight authority (IPOA) chairperson Anne Makori has said investigations into the death of Vitalis Okinda, who allegedly died while in police custody at Bondo police station, Siaya county, has been launched.

She said that a rapid response team was dispatched to Bondo on Tuesday with instructions to obtain all relevant information that may be relevant in unveiling the circumstances surrounding the incident.

Makori said the authority is also probing the death of Ibrahim Omar from the Rhamu area in Mandera county.

“Another Investigation team from Garissa Regional office was this morning tasked to investigate the Rhamu death,” Makori said.

The authority has also launched investigations into an incident in which Pharis Karani Gitobu was shot and seriously injured by police officers from Imenti South Sub-County in Meru County on Tuesday for allegedly not wearing a face mask in public.

She said once investigations are completed, the Authority shall not hesitate to make recommendations, including but not limited to prosecution.

According to the family, 26-year-old Okinda died on Monday night while in the hands of the police.

The deceased's mother Angelin Okinda told the Star that her son was arrested on Friday by the police and held at Bondo police station.

She claimed that on Thursday, her third-born son visited the sub-county hospital to have a Covid-19 jab.

"He went to the hospital while riding on his motorcycle but fell out with the watchmen manning the hospital's gates after the security barred him from accessing the facility with his bike, " she said on Tuesday.

The deceased mother says the security guards called the police from Bondo police station who came and took away his motorbike while he was inside the facility receiving the vaccine.

Protests in Bondo town after suspect dies in police custody

26-year-old Vitalis Okinda died on Monday night while in the hands of the police.
Counties
2 weeks ago
by KEVIN CHERUIYOT Online Journalist
News
12 January 2022 - 16:23