I want justice for son killed in police custody—Bondo woman 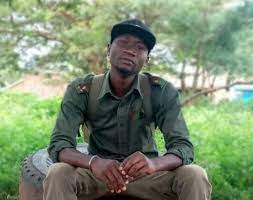 Vitalis Okeyo, 26, had parked his motorbike outside a hospital in Bondo to get a Covid-19 vaccination last Friday. Little did he know he was in the last days of his life.

When he got out of the health facility, his motorbike was missing. He was told officers from the Bondo subcounty police headquarters had impounded it.

So Okeyo rushed to the station to see if he could get it.

At the station, he was arrested. Police are said to have demanded Sh40,000 as a fine for riding the motorbike without insurance. He could not raise the money.

Okeyo spent the weekend in the cells. His body was found at the local mortuary on Monday.

According to his mother Angeline Okinda, Okeyo's body “had clear signs of torture marks.”

“I started crying and told the police they had killed my son. When I went to the mortuary, I found my son with torture marks all over his body,” she said.

"He had wounds all over and had swellings as well on most parts of the body," she added.

Reports also suggested that Vitalis had blood stained cloths in addition to the alleged torture wounds.

The deceased's brother Elija Okinda said the marks on the body suggest that he was struggling to be let go by his captors.

“I have no peace for what has happened. I want to find closure. I want to know why my son was brutally killed. I want justice to prevail,” the mother said.

The news about the alleged torture and death of Vitalis in police custody sparked riots in Bondo town on Tuesday.

But police watchdog Ipoa said on Wednesday that it had launched investigation into the death and that its team had been dispatched to the scene on Tuesday to obtain whatever information they could get.

Ipoa chairperson Anne Makori said the authority will rely on information from the investigations and that any fault on the part of the officers will be punished.

"On completion, where fault is found, the authority will not hesitate to make recommendations, including but not limited to prosecution," she said.

Makori said Ipoa was also probing two other cases of suspected extrajudicial killing by the police in Mandera and Meru counties.

In Mandera, she said, her officers are investigating the circumstances of death of Ibrahim Omar while in Meru they are probing that of Pharis Karani Gitobu.

Gatobu was shot and injured by police officers from Imenti South subcounty in Meru on Tuesday for allegedly not wearing a face mask in public.

The numbers show a steep rise in the alleged extra-judicial killings and enforced disappearances.
News
3 weeks ago

50 charged in 2021 as Ipoa battles epidemic of killer cops