Women march to protest killing of activist in Isiolo

• Ekaru, woman rights and land activist, was found dead on January 3 after an alleged argument with a neighbour. 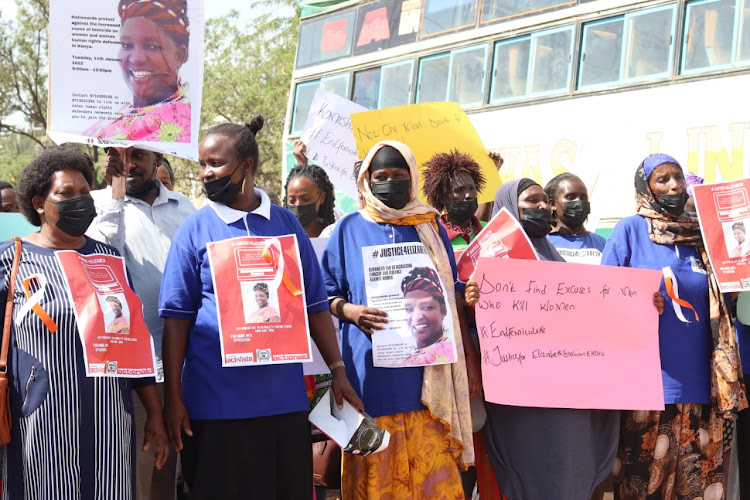 Women rights defenders marched along the streets of Isiolo town on Tuesday to protest the murder of an activist.

Elizabeth Ibrahim Ekaru, woman rights and land activist, was found dead on January 3 after an alleged argument with her neighbour.

Women rights activists, civil society groups and the public joined in the peaceful procession to protest the killings of other Kenyan women as well.

Alice Karori, a women’s rights defender, said that the procession was peaceful and showed solidarity among women in Isiolo County.

Speaking to the Star on the phone, Karori said the march echoed one message, which is, they want the women to progress.

Rights defenders gather at the Isiolo County Commissioner's Office to present a petition to speed up investigations over Elizabeth Ekaru's murder.
Image: COURTESY

“We marched to the County Commissioner of Isiolo’s office where we presented our petition against the killing of our very own rights defender Elizabeth and other women who died through femicide,” she said.

She said that it was a peaceful procession, and they asked that the killing of women be stopped.

The activists started the procession at Isiolo Catholic Mission through Isiolo town and ended it at the County Commissioner’s Office. 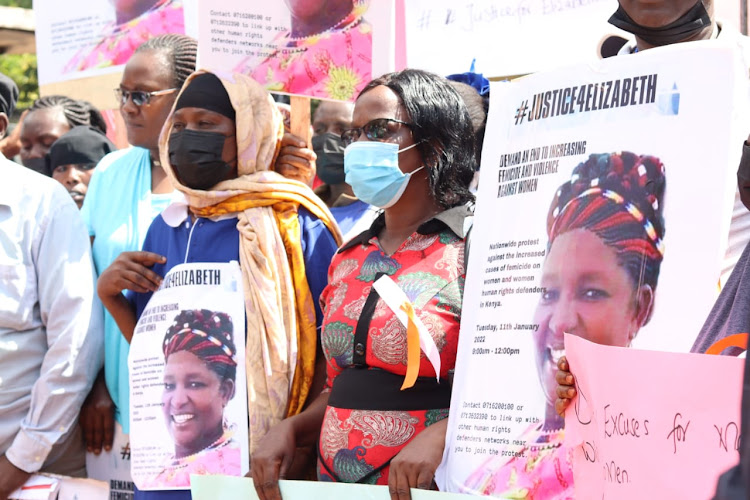 They also submitted a petition, which sought for a speedy investigation into the killings of Ekaru, to the county commissioner’s office.