• The party's highest decision-making organ was to ratify a partnership with ODM for the next general election, among other issues, during the NDC. 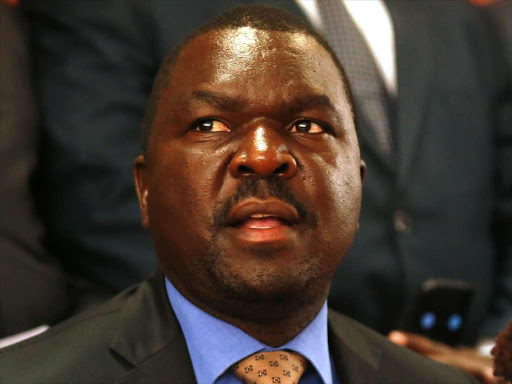 Navakholo MP Emmanuel Wangwe (Jubilee) also defected and declared he will defend his seat on the ODM ticket in August, effectively quitting the ruling party.

“As Jubilee party in Kakamega, we have not been consulted by our party leader to tell us that the party has resolved to support Raila. We will join ANC en masse,” party branch chairman Raphael Welimo said.

“Even if the party NDC decides as such, the branch is independent and can decide otherwise,” he added.

The party's highest decision-making organ was to ratify a partnership with ODM for the next general election, among other issues, during the NDC.

Wangwe’s exit from Jubilee now leaves the party with only one MP in Kakamega county after Ben Washiali of Mumias East joined UDA and Malava’s Malulu Injendi defected to ANC.

Welimo denied that he had planned a meeting to grill Wangwe after he declared he would defend his seat on the ODM ticket.

"I don't want to interfere with people's independent decisions, but as a branch, we will be making our stand known soon and this will be joining Mudavadi party," he said.

"Just like other communities are huddling behind their own to up their bargaining power, we shall also sit behind Mudavadi in any negotiations."