No direct tickets for defectors to ODM, says Oparanya

This could leave leaders who defected to the Orange party in a tight corner. 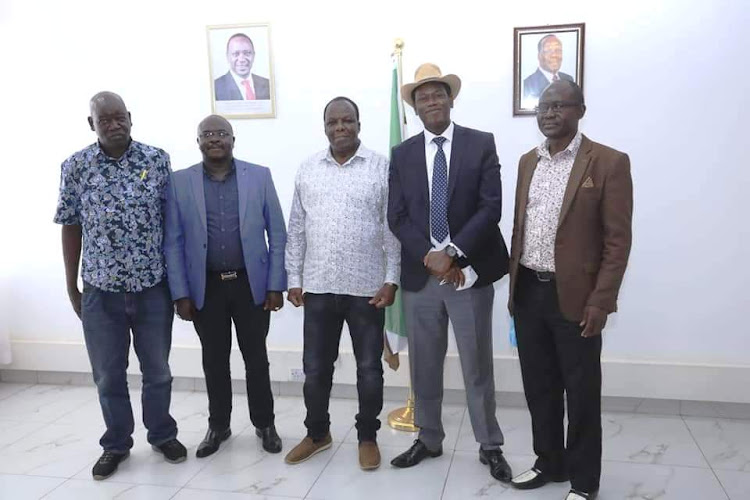 ODM has ruled out direct tickets for those who defect from other outfits and join the Orange party.

Deputy party leader Wycliffe Oparanya said there would be no preferential treatment for any aspirant seeking to contest any seat on the party ticket as all of them would be subjected to a fair nomination process.

This could leave leaders who defected to the party in a tight corner.

Teso North MP Oku Kaunya and a number of MCAs defected from ANC to ODM during the Western Azimio rally at Bukhungu Stadium on December 31.

Navakholo MP Emmanuel Wangwe of Jubilee also announced that he will defend his seat on the ODM ticket.

Lugari MP Ayub Savula declared his support for the Raila Odinga-led Azimio la Umoja but said he remains in ANC.

However, he said he had been promised a direct ticket if he defected to ODM.

Oparanya, the Kakamega governor, spoke when he met four ODM aspirants for Teso North parliamentary seat in Kakamega on Monday.

Busia Governor Sospeter Ojaamong has also declared he will run for the Teso North parliamentary seat in August. Ojaamong is serving his second and final term as governor.

"I want to assure you that we will not give Kaunya any preference during the party's nomination despite him defecting from ANC. The party will treat him equally with other opponents," Oparanya explained.

The aspirants asked Oparanya to ensure that the party conducts free and fair nominations if it wants to win the seat which had eluded ODM for two terms despite the party enjoying support from the area.

Kaunya said he is ready to battle with his opponents for the party's ticket, saying he does not want favours from anybody to win the seat but the electorate.

Oparanya said the party revised nominations rules submitted to the Independent Electoral and Boundaries Commission (IEBC) have been approved.

He said the new rules allow the party to use delegates, party members, consensus or direct nomination of candidates at all levels.

Oparanya said the party had given him the mandate to coordinate nominations in the Western region and assured aspirants that the exercise would be free and fair.

ODM has always lost seats it was supposed to win during elections due to shambolic nominations. Popular and dissatisfied candidates defect to it other parties and win against ODM

The party is courting new friends after the collapse of the National Super Alliance (Nasa) which sponsored Raila to run for the presidency in 2017. Nasa brought together ODM, ANC, Wiper, Ford Kenya and Chama Cha Mashinani.

Oparanya said he will meet aspirants across Western to enlighten them about the new nomination rules and requirements from those seeking to vie for various seats.