• Linturi later apologized over his remarks saying his ‘madoadoa” remarks on Saturday were not meant to incite or propagate hate speech. 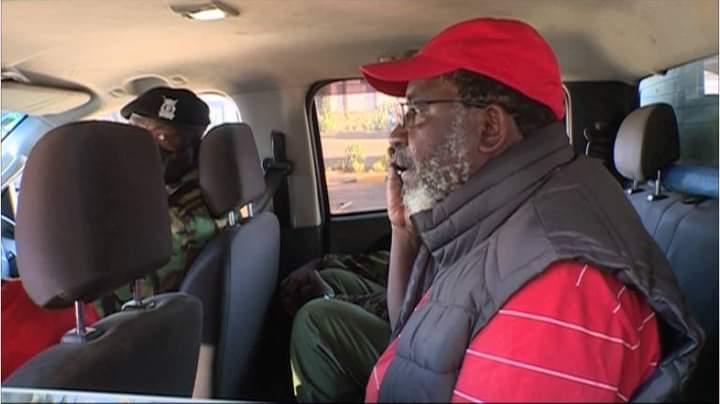 Meru Senator Mithika Linturi after he was arrested by DCI detectives attached to the National Cohesion and Integration Commission over his remarks during a rally in Eldoret on January 7, 2022.
Image: HANDOUT

Meru Senator Mithika Linturi has been arrested by DCI detectives attached to the National Cohesion and Integration Commission over his remarks during a rally in Eldoret Saturday.

Linturi was arrested at Rupa at a hotel located within Eldoret.

Uasin Gishu county commander Ayub Gitonga confirmed the arrest and says he is being taken to Nakuru to record a statement and possible production in court Monday.

Police plan to argue he is a threat to security and needs to be detained for further processing.

In a letter to Inspector General of police, Hillary Mutyambai, Haji directed him to open investigations into the senator's remarks. According to the DPP, Linturi's utterances could incite contempt, hatred, hostility, violence or discrimination.

"Pursuant to Article 157 (4) of the Constitution, I hereby direct that you immediately institute comprehensive investigations into the said allegation and submit the resultant investigations file on or before 14th January, 2022," Haji said.

This loosely translates to, "We want to be in the coming government but I want to tell you, people of Uasin Gishu, not to play with Kenya and I am asking you to remove the spots you have here. We cannot stand with William Ruto from Mt Kenya yet you have people here who don't listen and cannot team up with him."

Linturi later apologized over his remarks saying his ‘madoadoa” remarks on Saturday were not meant to incite or propagate hate speech.

“Today, while addressing the UDA rally at Eldoret, I expressed myself using words which in a certain context, have acquired sinister political overtones and come to be associated with incitement and hate speech,” said the Senator.