How KFC in Kenya got fried over its chips shortage

Potatoes are, in fact, Kenya's second-most consumed crop after maize.

• Potatoes are, in fact, Kenya's second-most consumed crop after maize, and are cultivated mostly by small-scale farmers.

• The chain does not source potatoes locally, despite them being commonly grown and farmers having to sell them at low prices. 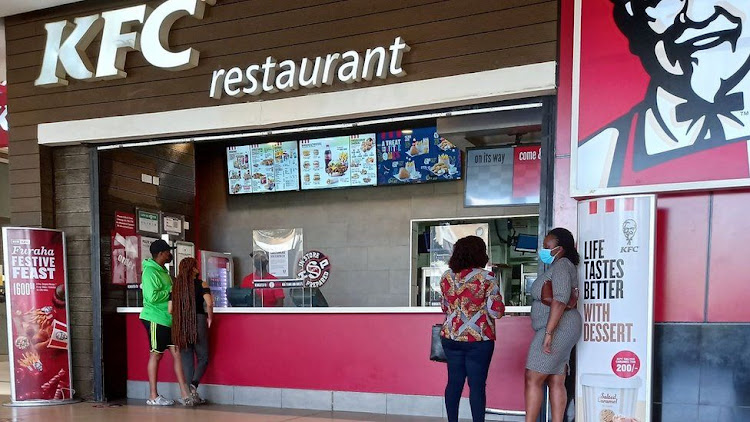 The problem, apparently, was that potential local suppliers had not gone through KFC's quality assurance process that makes sure "our food is safe for consumption by our customers", the company's East Africa chief executive Jacques Theunissen said.
Image: BBC

Needing a quick source of calories as I find a gap in my hectic schedule you can occasionally find me scoffing down a KFC meal.

Biting into a freshly fried French fry can unleash feelings that draw on a subconscious conditioned by years of clever global marketing.

But never have I considered the act as being a political or economic statement about global agricultural trade and Kenya's place in it.

This week though, international supply chains became the hot topic here as KFC said it was unable to offer fries as it could not import its preferred pre-sliced potatoes from Egypt.

Instead, customers were being offered alternatives such as a portion of the national staple ugali, or maize meal - not really what people go to KFC for.

The chain does not source potatoes locally, despite them being commonly grown and farmers having to sell them at low prices.

Potatoes that are safe to eat

Potatoes are, in fact, Kenya's second-most consumed crop after maize, and are cultivated mostly by small-scale farmers.

The problem, apparently, was that potential local suppliers had not gone through KFC's quality assurance process that makes sure "our food is safe for consumption by our customers", the company's East Africa chief executive Jacques Theunissen told the Standard newspaper.

He did however say that other ingredients - such as the buns, flour and ice cream - were bought on the Kenyan market and the company has said it is committed to championing local products.

Cue the social media outrage calls to boycott the fast-food chain and an eventual pledge by the company to find a suitable Kenyan supplier.

Nevertheless, rivals were quick to capitalise.

Chicken Inn released an advert with a smiling man tucking into a box of chips - all locally sourced of course.

While these other companies can find alternative sources of potatoes, it is not exactly clear why after 11 years of being in the country, KFC has not found a supplier that meets its standards.

He said that KFC's stance was "insensitive to farmers".

The anger has now begun to cool but this row has exposed the gaps in our agricultural system that mean some of our farmers are denied a decent home market.

We are part of an increasingly integrated regional trade in food, which has its benefits - not least lower prices.

But as a consequence, if Kenya was forced to close its borders to food imports for just one month, many of our favourite products would soon be unavailable or too expensive to purchase.

Goods such as eggs, honey, corn, beans, millet, cassava, sorghum and sweet potatoes plus dairy products are transported across the border and then sold locally for a small profit.

Experts say that labour and other farm costs are cheaper in Uganda, making the final product more affordable than what is produced here.

But it could also be an attitude issue. In Uganda, I've found that agriculture is embraced by all, whereas in Kenya most people seem to want white-collar jobs.

While covering last year's election in Uganda I interviewed many prominent people who all lived outside the capital, Kampala, on sizeable tracts of land where they grew their own food.

If those same leaders lived in Kenya, they would probably reside in gated housing estates with little farming on site.

It is the same situation when you look at Kenya's trade with Tanzania - our neighbour to the south.

A negative attitude towards farming plus a corruption-riddled sector means that no one is surprised when fish is imported from China, sugar from Brazil or tobacco from Turkey.