CAUSE YET TO BE ESTABLISHED

Fire broke out around 4 am setting ablaze a furniture workshop store.

• The fire broke out around 4 am setting ablaze a furniture workshop store worth hundreds of thousands of shillings.

• According to residents present at the scene, the dawn fire started abruptly and the cause is yet to be established. 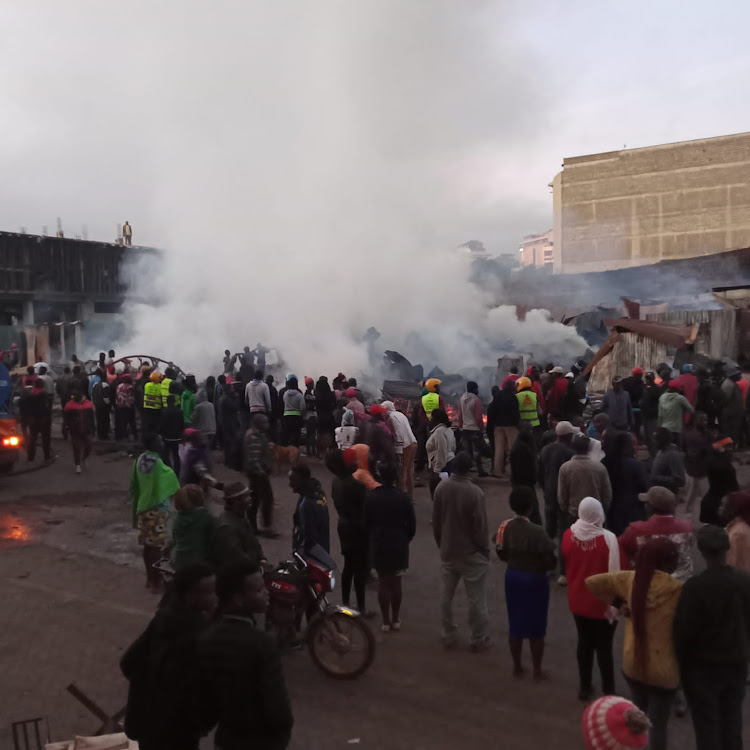 Residents throng the scene after the fire's aftermath on Saturday morning in Ngong on January 8, 2022.
Image: COURTESY

Residents of Ngong Town, Kajiado County woke up to a fire Saturday morning around the Ngong town bus park.

The fire broke out around 4 am setting ablaze a furniture workshop store worth hundreds of thousands of shillings.

According to residents present at the scene, the dawn fire started abruptly and the cause is yet to be established.

Caleb Mathia, a resident of Ngong, said that the inferno was so big, their efforts to put out the fire were futile.

"We tried using buckets of water to put out the fire but it was useless. We called the Kajiado County fire department and they said they would arrive soon," he said to the Star on phone. 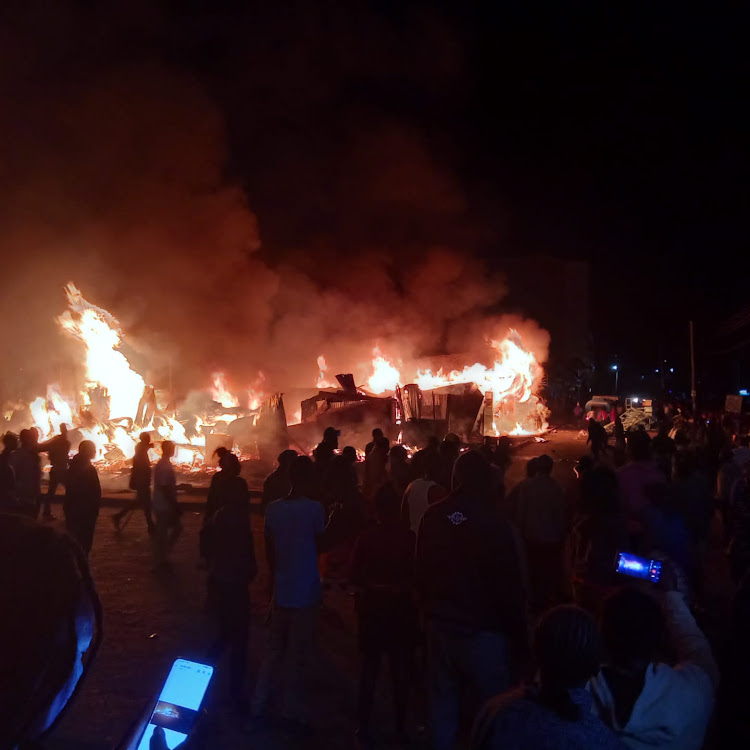 Residents of Ngong Town watch as a fire burns down a furniture workshop on January 8, 2022.
Image: COURTESY

The fire engine, however, took a long time to arrive.

Caleb said that they had to call other reinforcements to help salvage the remaining property in the fire.

"A friend of mine called someone from the County Assembly to help with the situation," he said.

According to residents, Fire engines organised by Member of the Kajiado County Assembly, Robert Sungura, arrived sometime towards 6 am.

The residents reportedly chased away a fire engine from the County, claiming that it had arrived too late.

According to Mathia, this incident is nothing new to the Ngong area.

"There was a fire in Mathare yesterday morning, still nothing was done. Last month it was in Gichagi same story," he said. 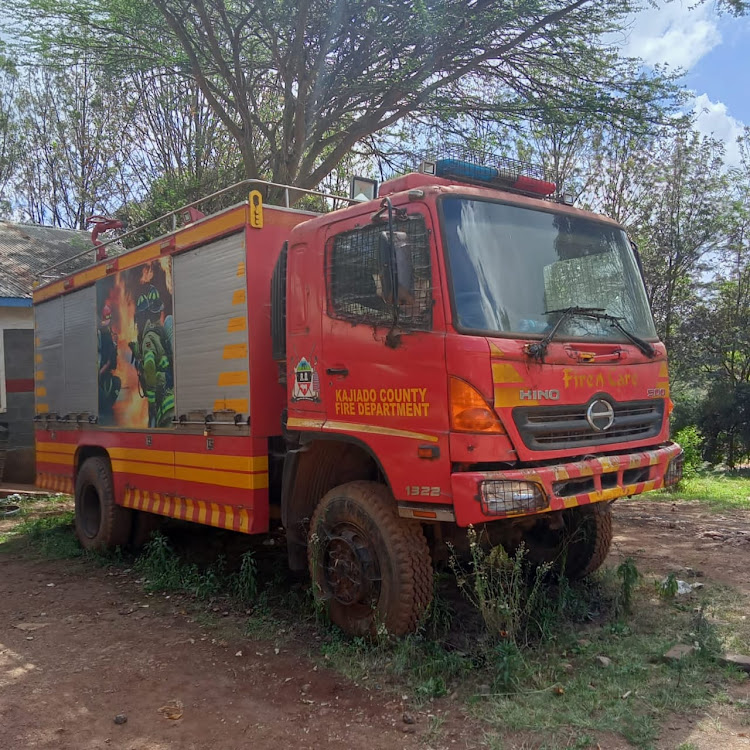 The residents claim that the county's fire engines broke down last year and have not been repaired yet.

In fact, a person claiming to work at the County offices said that Kajiado Governor Lenku had given the jobs of driving the three county fire engines to his relatives.

"The trucks that were being driven by the Governor's relatives, two of them got into accidents, while one has a problem with its clutch that will take less than Sh50,000 to repair," said the worker.

They added that the county was given a brand new truck by the Nairobi Metropolitan Services but it was taken to the Kajiado area.

However, Kajiado County Spokesperson, Alex Maina dismissed the allegations, saying they were malicious political tactics by the governor's competitors.

"These are just dirty tactics being peddled by competitors. In fact, they are coming at a time when the Governor will soon be launching a new truck for the county," he said.

He said that the event of the fire was very sad and he only came to hear of it early this morning.

Maina said that although the fire trucks arrived late, they arrived nonetheless.