A technical team is working to identify the root cause of the glitch.

• It further said that the technical team is working to identify the root cause of the glitch and have it resolved as soon as possible. 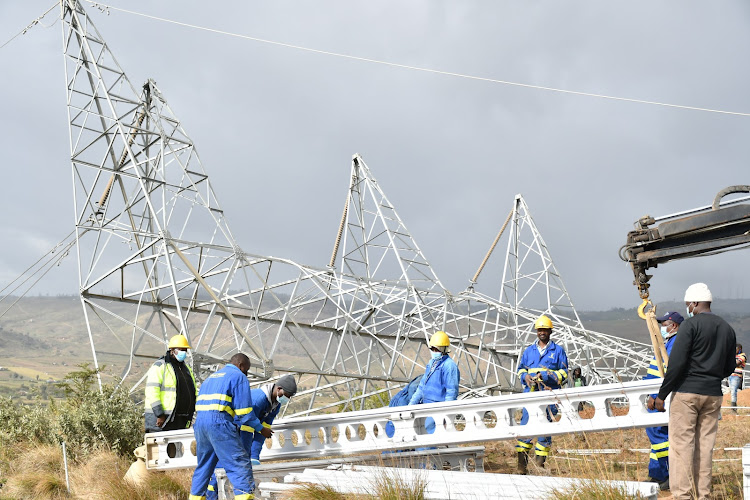 Kenya Power Company and Kenya Electricity Transmission Company staff repair one of the four electricity towers that crashed in the Longonot area of Naivasha, cutting off power supply to the national grid on December 22, 2021.
Image: GEORGE MURAGE

Kenya Power and Lighting Company has said that the power outage currently being experienced in several parts of the country is due to a glitch.

In a statement on Friday, the power company said the technical hitch had affected two major lines supplying electricity to the affected areas.

It further said that the technical team is working to identify the root cause of the glitch and have it resolved as soon as possible.

"We would like to inform our customers that we are experiencing an outage in parts of Nairobi, Rift Valley, Western Kenya and South Nyanza following a technical hitch that has affected two major lines supplying power to the affected areas," Kenya Power said.

The company added that it will give an update as soon as the issue is resolved.

The outage comes amidst complaints from Kenyans over the increased cost of buying electricity barely a month after President Uhuru Kenyatta announced that the cost of electricity would reduce by up to 15 per cent by end of December 2021.

"I am pleased to announce to the nation that the reduction of the cost of electricity will be implemented in two tranches of 15 per cent each; with the first 15 per cent achieved through initial actions focusing on system and commercial losses, to be reflected in the December bills, and a further 15 per cent reduction, in the first quarter of 2022," Uhuru said.