The state gazetted parts of Lamu as ‘disturbed areas’, enforcing a dusk-to-dawn curfew 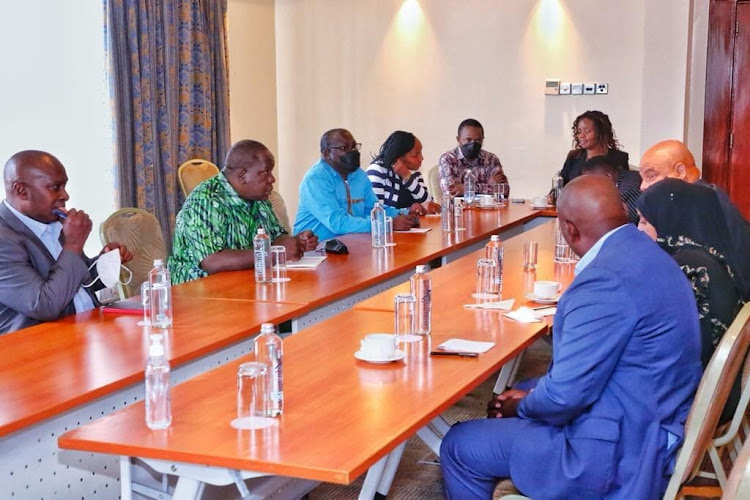 Interior CS Fred Matiangi on Friday held a meeting with elected leaders from Lamu, to deliberate on the prevailing security situation in the county.

The meeting in Nairobi comes days after the government gazetted parts of Lamu county as ‘disturbed areas’ and put them under a dusk-to-dawn curfew.

A multi-agency security team was also dispatched there to restore peace and order following attacks by criminal gangs that left seven people dead.

On Friday, attackers believed to be al Shabaab militants killed four police officers in Milihoi, in yet another raid.

They resolved to urgently form a leadership forum comprising all elected and non-elected opinion shapers in the region.

The agenda of the forum will be to seek solutions to issues fuelling insecurity and conflicts in the cosmopolitan county ahead of a planned field visit to the county by senior government and security officials next week.

The state has blamed the attacks on ethnic profiling that is linked to political inclinations around elections, the looming voter registration drive and land disputes.

“We have been paying very close attention to issues in Lamu. We are determined to ensure the ugly spectre of violence on scale that we have regrettably witnessed in the past years does not recur,” Matiang’i said.

He warned that the government will prosecute leaders and recommend to the Independent Electoral and Boundaries Commission that they be barred from contesting in future elections if evidence point to their involvement in sponsored or incited violence.

The CS said the attacks risked undermining the intended benefits of massive government investments in and around the county including the Lamu Port and the LAPPSET corridor.

Twaha attributed the latest attacks to the general election claiming unnamed politicians planned to benefit from the displacement of residents who are not deemed as indigenous.

“The truth is most of the elected leaders in the county won by very thin margins. Some people reason the best way to alter future election results is to ensure members of certain communities fail to vote by displacing them,” the governor said.

The leaders urged the government to prioritise the issuance of title deeds in the county to address contested land ownership.

They also urged the state to ensure more youths are employed in government projects in the region.

The prosecution says it needs 30 days to complete the investigations and fill up charge sheet.
News
4 months ago

Insecurity has seen a mass exodus of residents from the affected and neighbouring villages
Counties
4 months ago
by CYRUS OMBATI
News
07 January 2022 - 23:00