• “The State Department of Education has proposed that the government buys a laptop for every first year student. The implementation plans are underway,” the PS said.

• He said it is time for Information Communication Technology literacy to be implemented. 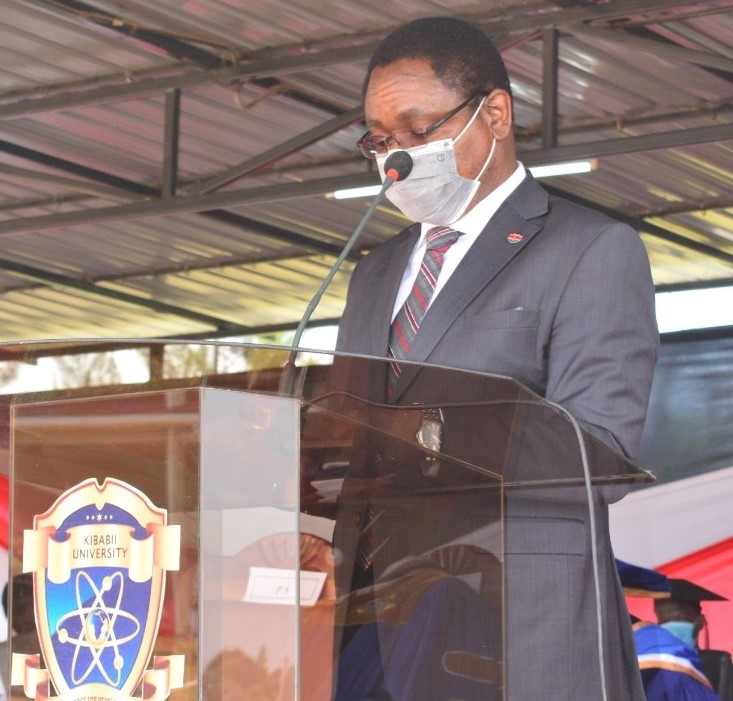 The government is planning to hand every student joining university a laptop, University Education PS Simon Nabukwesi has said.

The PS spoke on Wednesday at Sipala Secondary School in Webuye when donating laptops to the school.

Nabukwesi asked education stakeholders to encourage digital learning adding that there is a need for schools and institutions to be integrated as the world goes digital.

He said it is time for Information Communication Technology literacy to be implemented.

He added that if one is not computer literate then they are equally illiterate in all other areas.

“The State Department of Education has proposed that the government buys a laptop for every first year student. The implementation plans are underway,” he said.

Nabukwesi said the Ministry of Education and its partners are working hand in hand to ensure that academics is digitalised in both secondary, middle level colleges and universities.

Some of the institutions across the country have already adopted the e-learning system following the Covid-19 pandemic measures which enforced social distancing.

The PS however, expressed concern over the poor application of the online commonwealth scholarships in Bungoma county.

He said only one candidate applied, blaming this on increased computer illiteracy among students.

“If you are not exposed to computers and you don’t understand computer operation it will be very difficult because some of the universities use more of the e-library than the physical library,” he said.

Center for Integration CEO David Butita said it is a concern that teachers are being integrated but institutions lack infrastructure.

“We are going to be committed to all institutions until they are well integrated to digital,” he said.

Butita added that the transition to digital learning will reduce carbon emission which in turn promotes environmental conservation.

He also urged all other sectors to come up with climate change mitigation.

This year the revenue is expected to grow again, reaching $142.1 billion.
Business
9 months ago