PAY US OUR DUES 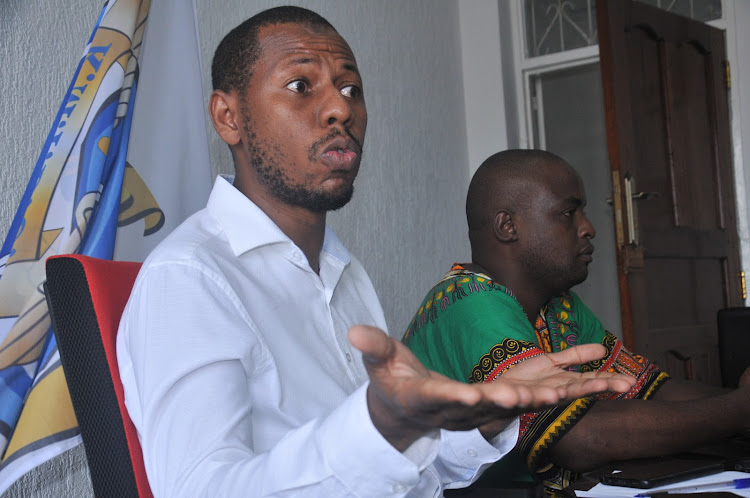 Mombasa doctors on Wednesday issued a strike notice after the county failed to implement a return-to-work agreement signed in January last year.

The doctors have also gone for two months without salaries.

Speaking during a press conference in Mombasa, the doctors said all the county health workers have not been paid their November and December salaries.

“We saw the county holding a big event on New Year's Eve where they invited foreign musicians and paid them handsomely," Shaban said.

"We cannot tolerate this because it means that they have the money yet they do not want to pay us.”

The doctors said that at least 40 of their members working at the Coast General Teaching and Referral Hospital and other public facilities in the region have been infected by Covid-19, as of last week.

“All these doctors who are infected by Covid-19 are paying the hospital bills from their pockets. These are the front line workers, how do you expect them to protect themselves?” Shaban said.

He said all the 235 doctors employed by the Mombasa county will go on strike if their issues are not addressed before Monday.

According to Shaban, in the return-to-work agreement signed last year January, the county had agreed to pay their salaries on time.

It also agreed to submit statutory deductions like the National Hospital Insurance Fund, the National Social Security Fund and the Kenya Revenue Authority returns on time.

“However, nothing happened.  Currently, more than 80 doctors do not have NHIF cover, and yet some of them work in Covid-19 facilities,” Shaban said.

This issue has not been addressed despite the many meeting they have had with the county officials.

“Last year, where they promised us that by November 2021, all doctors will have the NHIF cover, but nothing has been done, instead the doctors are forced to pay from their pockets,” he added.

The doctors also raised a concern on lack of promotions for more than 70 consultants, who have stuck on same job groups for years.

The county had promised to promote the doctors by April 2021, but that has not happened yet.

They also want all the doctors hired on contract to be employed permanently.

“There is a circular that was released by the Public Service Commission that the contracted doctors are supposed to be absorbed to be permanent and pensionable. Mombasa county has failed to adhere to the circular,” Shaban said.

The doctors urged residents to look for treatment in private hospitals if the government does not adhere to their plea by Monday next week because all county hospitals will not be operational.

“There will be no services in all county hospitals starting Tuesday next week. We will not stop until all our issues are addressed,” he said.

Mombasa county secretary Joab Tumbo said they are yet to see the strike notice from the doctors.

However, he promised they will solve the issue amicably after seeing what the doctors are demanding.

"We are yet to see any letter from the doctors purporting that they will go on strike. We have not refused to address the issues," Tumbo told the Star on the phone.