Siaya county on the spot for paying ex-staffer salary 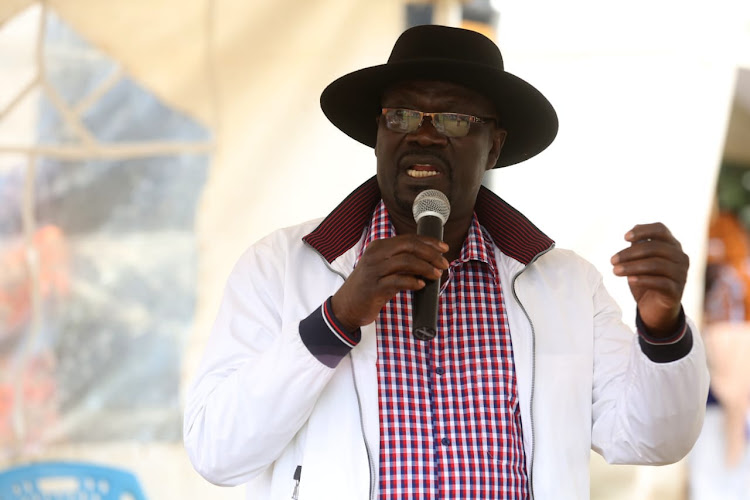 For seven years, the Siaya County government paid monthly salary to an officer who had been transferred from the county in 2012, a new report shows.

The Controller of Budget Nancy Gathungu report shows that the county spent Sh4.54 million on the officer, from May 2012—when the officer was transferred to Bungoma—until October 2019, when the payment was stopped.

Since 2019, the Governor Cornel Rasanga-led county government has not moved to recover the money.

The 2019-20 financial audit report of the county executive also reveals payment of Sh94,400 to a retired staff.

"Management did not provide explanations for the anomalies,” it adds.

In addition, Rasanga’s administration could not explain a variance of Sh36.49 million in the compensation of employees.

According to statements of receipts and payments, the county spent Sh2.32 billion on employees but supporting schedules show an expenditure of Sh2.36 billion.

Expenditure on staff salaries, allowances and wages is also far much beyond the legal threshold of 35 per cent revenues received during the year.

The county spent 38 per cent its revenue on payment of staff.

"The high wage bill is an indication that most of the county's resources are spent on staff salaries at the expense of development projects thus impacting negatively on service delivery to the residents of Siaya county," the report states in part.

In the report that could put Rasanga’a administration on the spot, Gathungu revealed what could be massive loss of public money amounting to more than Sh100 million.

The funds are sinking in several substandard works on the county projects, unexplained expenditures and acquisition of livestock and chicken that died soon after they were acquired.

During the year under review, the report reveals that the county government spent Sh2.44 million on purchase of 19 dairy cows to Yimbo East, Sigomere and North Ugenya wards.

However, more than half of the animals died but the county failed to provide a veterinary report to confirm the deaths or the cause of the deaths.

“In the circumstances, the propriety and value for money on the expenditure of Sh2.44 million could not be confirmed,” the report says.

At the same time, more than half of 15,965 chicks procured by the county for Yala Township, Alego Usonga, Bondo, Rarieda, Ukwala, Wagai, Asembo and Sidindi wards at Sh4.78 million died.

In her report, Gathungu also exposed several poorly done and substandard works on various county projects that cost the taxpayers millions of shillings.

The auditor cited the renovation of Siaya Agricultural Training Centre where Sh2.16 million was incurred.

However, physical verification done in November 2020 revealed that pre-cast concrete paving slab around the building had fallen off while the painting works was poorly done.

“The renovations were not therefore carried out to the required standards. In the circumstance, the propriety and value for money on the expenditure of Sh2.16 million could not be confirmed,” the report states.

The situation was the same at Nyaudenge Beach where the county had spent Sh891, 924 on fencing of two door pit latrines and bathrooms.

“However, physical verification in November, 2020 revealed that the main gate was broken and the supporting columns of the main gates were leaning on the sides,” it says.

In North Sakwa wards where Rasanga’s government spent Sh4.59 million on rehabilitation of Miruka water pan, the situation was even worse.

The money was spent on installation of solar water pump, site clearance-earthworks and washrooms.

“Physical verification in November 2020 revealed that the solar accessories were not installed. Further, the site was bushy and the toilets and bathrooms could not be accessed,” the report adds.

Detectives want to understand whether the services rendered were genuine, justified or fictitious
Counties
1 year ago

Will Rasanga quit politics or run for another post?

He started from scratch, residents thought he sat on billions, staff lacked work culture.
News
1 year ago
Post a comment
WATCH: The latest videos from the Star
by JULIUS OTIENO Journalist, Political and Parliamentary Reporter
News
27 December 2021 - 23:00
Read The E-Paper