The summon means that Malala is a prime candidate for inclusion in the wall of shame,

• NCIC chairperson said that the commission’s commitment to Election Bila Noma Road map means that it will continue to be more vigilant.

• The commission said that Malala will also face the full force of the law. 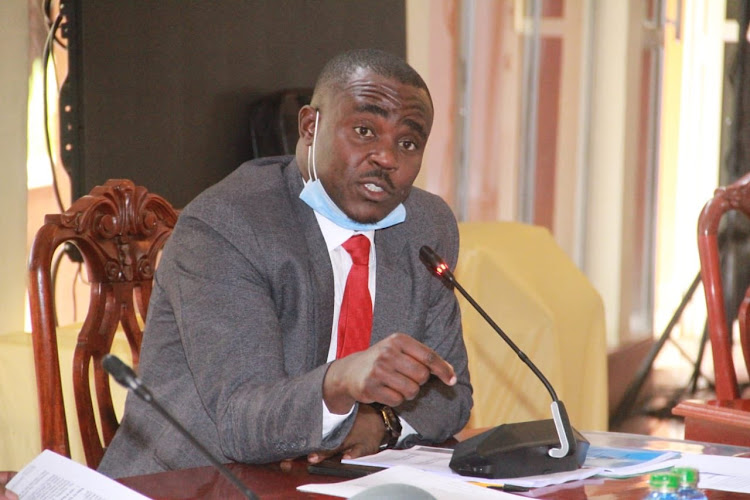 “We have today summoned Senator Cleophas Malala to answer for his regrettable and unwarranted statements that allegedly meant to lock out a political candidate from holding a meeting at Bukhungu stadium in Kakamega slated for December 31, 2021,” Kobia said in a statement on Monday.

He added that the summon means that the senator is a prime candidate for inclusion in the wall of shame, as well as facing the full force of the law.

Kobia added that the commission’s commitment to Election Bila Noma Road map means that it will continue to be more vigilant in monitoring the nation to ensure that the politics do not lead the country into a dangerous zone.

On Sunday, Malala threatened to block the meeting claiming that ANC leader Musaliam Mudavadi had not been invited for the meeting, yet he is among the leaders from the region.

“Kakamega is my bedroom. I want to tell them that unless they get a permit from Musalia, let them not step to Kakamega on December 31…I want to officially say that there will be no meeting at Bukhungu stadium on the 31,” Malala said.

Malala claimed that some of the political brokers have planned a meeting to endorse ODM leader Raila Odinga as the preferred presidential candidate for the 2022 general elections.

“…we have no problem, but even if you want to declare that Raila is enough, why don’t you go and endorse him in Kondele, or in Siaya or Yala, we have said that Kakamega is a no-go zone.”

Reacting to Malala’s comment, COTU secretary general said that the meeting will go on as planned, adding that the Senator is still junior to engage in such politics.

Malala claimed that the meeting is meant to ensorse Raila as Luhya's prefered man.
News
9 months ago
Post a comment
WATCH: The latest videos from the Star
by KEVIN CHERUIYOT Online Journalist
News
27 December 2021 - 15:48
Read The E-Paper