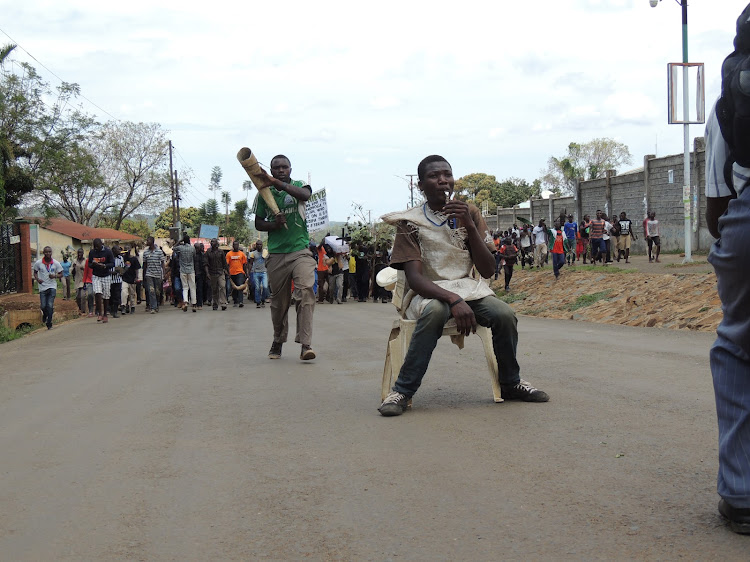 Last year was one of the lowest for the global economy, with the country witnessing the worst financial crisis last seen in 2007.

Kenya's fortune changed for the worst immediately the country recorded the first Covid-19 case in mid-March, forcing the government to impose stringent measures to curb the spread of the virus that has since claimed 5,355 lives in the country as of yesterday.

The country's economy slid into a recession for the first time in at least two decades in the third quarter of 2020.

Gross domestic product in East Africa’s biggest economy fell 1.1 per cent compared with a year earlier, after shrinking a revised 5.5 per cent in the second quarter, the Kenya National Bureau of Statistics said Thursday by email.

Kenya's economy is expected to rebound more strongly this financial year than initially thought, the head of the central bank said during the latest post- MPC media briefing, buoyed by faster growth in sectors like transport and manufacturing.

The economy, which is East Africa's biggest, is expected to grow by 6.4 per cent in 2021 and six per cent next year, Patrick Njoroge told a news conference.

The forecasts are higher than the 6.1 per cent growth for this year and 5.6 per cent in 2022, given by the bank in September.

"Recovery has accelerated," Njoroge said, cautioning that the latest forecasts have not taken into account the emergence of the new Omicron variant of the coronavirus.

Mid this month, World Bank reviewed upwards the country's growth prospects for the current financial year to five per cent from 4.5 per cent set in June.

According to the lender, Kenya’s economy has demonstrated resilience to the Covid-19 shock, with output in the first half of the year rising above pre-pandemic levels.

In the 24th edition of the Kenya Economic Update dubbed “From Recovery to Better Jobs,” growth has been supported by rebounds in industry and, especially, services.

In April, the International Monetary Fund (IMF) projected Kenya's economy to expand 7.6 per cent helped by schools re-opening and the removal of coronavirus restrictions in July last year.

Most economic pundits termed the forecast as extremely ambitious, prompting the lender to recently downgrade it to 5.6 percent, citing the latest rebasing exercise which it says lowered the capacity for the economy to realise the previously projected growth.

Even so, economists at the Parliamentary Budget Office (PBO) say the increased political uncertainty in the President Uhuru Kenyatta succession race would hurt Kenyans’ pockets.

In its latest report, PBO laughed off the National Treasury’s economic growth forecast, terming it too ambitious.

The Phyllis Makau-led team said the government is faced with the challenge of sustaining such growth with the imminent election whose sides are slowly taking shape.

It argues that historically, elections have been a dampening factor on growth, adding that the Covid-19 restrictions like social distancing in hotels are not making the situation any better.

“The 2021 growth is likely to be more of a ‘statistical’ than ‘real’ growth,” the team said in its report to MPs, holding that the projections cannot be used to base revenue targets.

The experts further warned that there may be an increase in investor flight following the heightened election uncertainty.

“It has been shown to limit investor confidence and this may further dampen economic activity. Keep an eye on investment activities particularly foreign direct investment,” the team told MPs.

They further stated that mass vaccination being spearheaded by the government at Sh14.3 billion, much as it is necessary, is not a sufficient factor for a full economic turnaround.

Speaking to the African Business, the financial analyst and economist said he was astonished by the high growth projections by IMF, saying the lender has been significantly off base in a lot of African countries in recent days.

“I’m hard-pressed to see how this economy can rebound meaningfully this year. I think we are going to get a very anaemic rebound, probably half of what the IMF is predicting. A lot of people have lost their jobs, it’s been very tough.”

However, NCBA Bank in its analysis does not expect the upcoming 2022 elections to adversely affect the economy unlike in previous years.

The bank is optimistic that investments could increase immediately post-the election, offsetting any pre-election lull.

It predicts the economy to expand 5.8 per cent up from an earlier projection of 5.3 per cent in June.

''However, confidence in institutional maturity and the Judiciary’s ability to resolve election disputes has risen in recent years, providing the much-needed respite. This is anchoring confidence ahead of the transition,” NCBA boss John Gachora said.

Apart from political tension, erratic rainfall is likely to put a strain on the agricultural sector which contributes well over 25 percent to the country's GDP.

The low agricultural yields are expected to see a further rise in the cost of living but the banking regulator is confident that inflation will remain within set margins of less than 7.5 per cent.

Overall inflation stood at 5.8 per cent last month compared to 6.45 per cent in October.

Food inflation has averaged seven per cent in the past 11 months increased, mainly on account of higher prices of some food items such as cooking oil, beef with bones, white bread, and wheat flour.

This is attributed to price increases for imported inputs and supply constraints.

The poor harvest is likely to add pain to the country's economy that is struggling with rising numbers of new Covid-19 infections and high public debt which is expected to close the financial year at above 8.5 trillion.