Cooperative Bill 2021 seeks to bring sanity to the cooperative movement

• The Cooperatives movement has drafted a Cooperative Bill 2021 to help bring sanity to the growing sector in the country.

• The Bill has already gone through public participation and is currently awaiting Parliament processes. 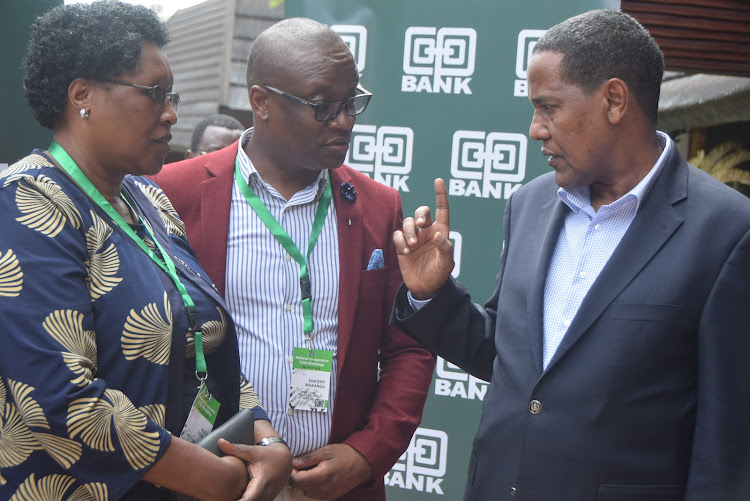 The Cooperatives Movement has drafted a Cooperative Bill 2021 to help bring sanity to the growing cooperative sector in the country.

The Bill has already gone through public participation and is set for Parliamentary processes.

Agriculture CS Peter Munya said the Cooperative Bill seeks to align with the 2010 Constitution and help in restoring the lost glory of Cooperative movements.

Speaking during a three-day sensitization meeting for cooperative leadership on the Bill, Munya said he will fast track the passing of the bill.

The meeting which was held in Narok County aimed at discussing what the Cooperative Bill entails, its legal ramifications and how it will affect the cooperative industry in future.

The CS said the Ministry is working with the parliamentary committee in charge of cooperatives to ensure the Bill goes through.

“I will set up a technical committee to come up with regulations that will be required for the implementation of the Bill once it is passed into law.

"The committee’s mandate will be to work on regulations because once the Bill passes, operationalisation will be fast considering we have stayed for more than 11 years without a fresh Cooperative law,” said Munya.

He explained that under the Cooperative Bill, for any cooperative to be registered, the process will have to start and come from the County Government who will do all the promotion as well as cooperative training before recommending them for issuance of certificate by the commission.

“The role of the commissioner in the registration will be purely to ensure that application and by-laws conform to the cooperative societies act and rules.

"It will thereafter issue a certificate of registration. The Bill will also address the issue of the creation of a nomination committee.

"The role of the committee will be to vet the competencies and suitability of persons who want to vie for elective positions in the cooperative society,” Obonyo said.

“Moving forward, the new bill will be structured and used by one Apex body, it will be followed by federations, unions and then primary Sacco’s.

"Registration, supervision and regulations are going to be undertaken and ensure Sacco’s are solid,"  said Malonza.

KTDA reduced the loan interest from 24 per cent to eight per cent.
News
1 month ago