•Nyamu outlined the challenges after walking for 31 days in a walk dubbed the Great North Rift Elephant campaign walk.

•The walk themed Ivory belongs to the elephant, started on November 16 and concluded on December 17. 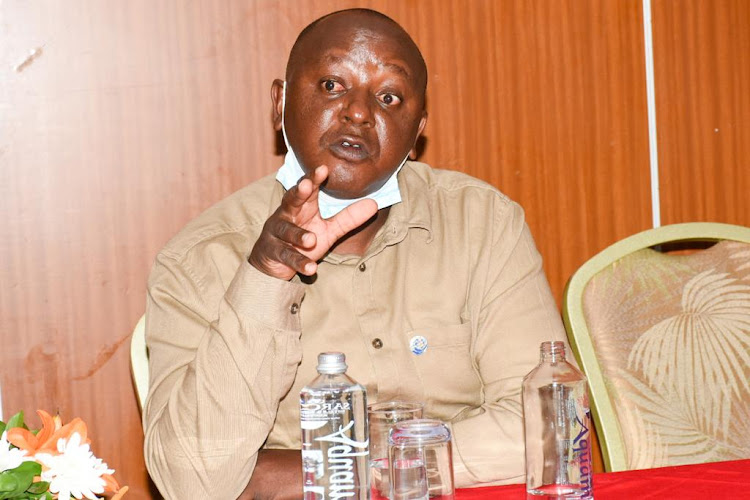 Nyamu outlined the challenges after walking for 31 days in the Great North Rift Elephant campaign walk.

“Wildlife corridors have been blocked in some areas while encroachment in wildlife habitat is common in some,” Nyamu said on Wednesday.

During a press briefing, Nyamu was accompanied by Winnie Kiiru, the chairperson of the newly established Naivasha-based Wildlife Research Institute.

The walk, themed "ivory belongs to the elephant", started on November 16 and concluded on December 17. It covered 631 kilometres.

The walk was flagged off at St George's Girls Secondary School by Tourism and Wildlife Principal Secretary Fred Segor.

“I applaud the work done by the civil society and individuals such as Jim who remind us we have a responsibility in wildlife and environment conservation,” Segor said.

Nyamu said elephants are wiped out daily and our parks have become battlegrounds for illegal poachers and security agencies.

In Kenya, in 1979 there were 167,000 elephants but the number has dropped to 35,000 following the high demand for ivory in some Asian countries.

Eritrea, Somalia and Senegal have lost their elephants.

Nyamu said there are a lot of tourism facilities that have been put up in Maasai Mara, a move that does not augur well with wildlife conservation.

“I advised the county government against camps constructed along wildlife corridors,” he said.

“It is a reality that could be worse than poaching. Some people are poisoning wildlife in retaliation,” he said.

Some 43 counties are yet to develop their spatial plans.

This is despite being mandatory under the County Governments Act.

Only Lamu, Makueni, Bomet and Kericho counties have developed their spatial plans.

Planning is primarily a county function.

The centrality of land and land-based resources as an integral ingredient in the achievement of social and economic development cannot be understated.

A Spatial Plan is a 10-year GIS-based depiction of a county’s socio-economic development vision and programme.

It includes the distribution of people and activities, within the context of efficient, productive and sustainable use of land and other county spaces.

It is reviewed and updated every five years to inform the new County Integrated Development Plan.

He urged the government to put more funds into KWS.

Nyamu said the population of elephants in Mt Elgon is unknown urging the government to count them.

He is the founder of Elephant Neighbors Centre, a non-profit organisation that protects African elephants and secure landscapes for elephants outside protected areas.

According to the recently released first-ever national wildlife census, there are 36,280 elephants in the country.

In Mau, Nyamu said, the rivers upstream have been highly protected.

At the downstream, however, there is a lot of pollution as cars are being washed right inside the river.

Nyamu said pollution has negatively impacted the quality of water at the Mara Basin.

He said in Nandi, a swamp that host Sitatunga has been encroached on and the county government should move with speed and mark the boundaries.

The latest statistics from the government show that there are 473 Sitatungas.

Nyamu said he believes the way to conserve the swamp is by securing its boundaries and conserving it before it is lost.

Jim Nyamu a scientist, turned elephant advocate has walked 17,776kms since the campaign started in 2013.

He has walked extensively in Kenya and across Africa to Tanzania, Zambia, Malawi, Botswana, the United Kingdom and the United States

This was Nyamu’s 14th edition of the walk.

In the 31 days, Nyamu visited 36 schools and institutions where he planted and donated 18,000 seedlings and he's happy to announce it was more than he expected to plant which was 10,000.

As he walked, he raised awareness of the need to protect iconic species.

“The world needs to know we need to preserve the natural resources and environmental,” he said.

Kiiru said land resources continue to be small, posing challenges to the conservation of iconic species.

She said there is a need to have an inter-ministerial committee involving ministries such as Infrastructure, Agriculture, Wildlife to balance development and conservation. 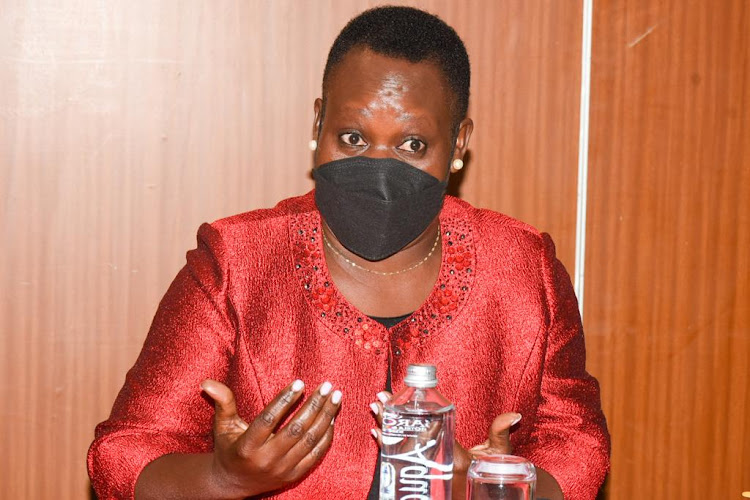 A national Wildlife Census launched on May will provide statistics.
Counties
10 months ago
by GILBERT KOECH News Reporter
News
22 December 2021 - 23:00