Waihiga has been endorsed by 20 unfunded political parties. 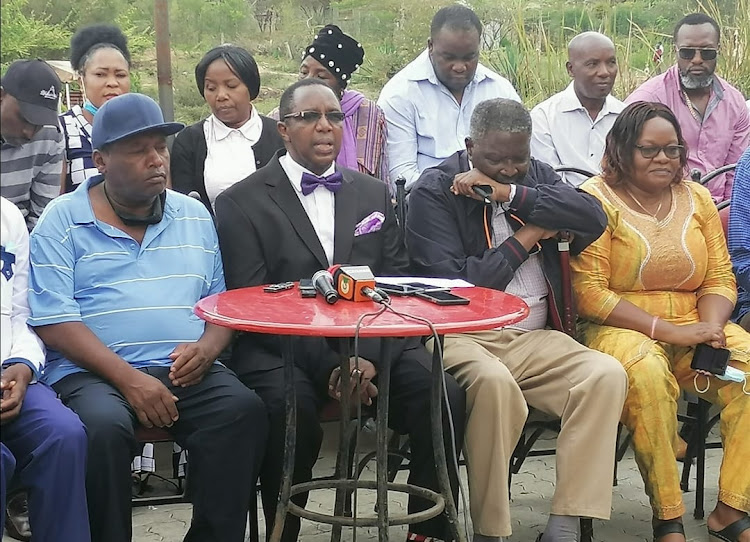 Agano party leader Senior Counsel Mwaure Waihiga has been endorsed to run for the presidency.

Waihiga was endorsed on Tuesday by a total of 20 unfunded political parties in a function that took place at Macha Beach Resort, Machakos county.

The leaders agreed that the parties will form a coalition in the coming days before embarking on a nationwide campaign to drum up support for their candidate.

During the address to the media, Waihiga said that if he wins, his administration will fight corruption completely without bias.

“These others cannot fight corruption because if you look at their backgrounds, they are joined at the hip in various areas,” Waihiga said.

He added that among the candidates who have declared interest in the seat, some have been in politics for over 10 years and have not been able to change the situation in the country, hence the need for an alternative choice for Kenyans as they get ready to elect their fifth president come August 2022.

Waihiga joins Deputy President William Ruto and ODM leader Raila Odinga who have publicly declared they will be on the ballot.

During the meeting, Party of Independent Candidates of Kenya chairperson Julius Wambua said their candidate is in the race to the very end.

“We are not giving up; we are not going to be cowed. We are giving the country an alternative voice, a new fresh start for the country. We urge Kenyans all over the country to come out and support our bid to give fresh leadership and breath fresh air into the country’s politics,” Wambua said.

Raila announced his candidature during the Azimio La Umoja Convention that took place at Kasarani Stadium on December 10, a move that will see him running for the same seat for the fifth time.

Post a comment
WATCH: The latest videos from the Star
by KEVIN CHERUIYOT Online Journalist
News
14 December 2021 - 19:03
Read The E-Paper