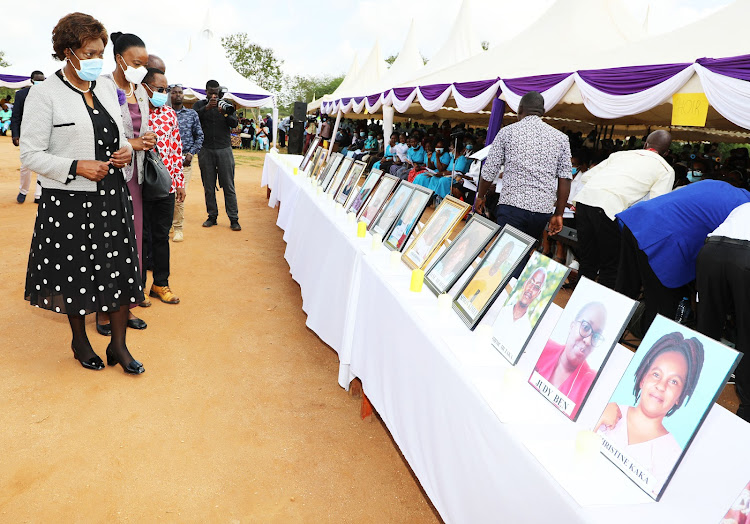 Governor Ngilu and CS Monica Juma at the requiem mass for the 33 people who died in River Enziu on December 9, 2021.

Government negligence and corruption have been blamed for the deaths of 33 Kenyans who drowned in River Enziu, Kitui.

Residents on Thursday gathered for the requiem mass for the victims.

Kitui Catholic Bishop Joseph Mwongela blamed corruption, saying it is the key factor that leads to such negligence.

The mass was held at St Joseph’s Seminary.

The 33, who included choir members of Good Shepherd Catholic Church in Mwingi town, were heading to a wedding in Nuu, Mwingi East, on Saturday.

Their bus plunged into the flooded river.

Mwongela urged leaders to ensure the marginalised and poor in society get good roads and bridges.

He said resources should be shared equally among all communities

The bishop praised locals, and especially divers, who showed a lot of love and unity when they helped the survivors and retrieved the bodies of those who perished.

Angelina Kimanzi, the St Cecilia choir secretary, said they were in mourning.

Juliet Mutua, who lost a number of relatives, said she had travelled from Gabon in West Africa to attend her parents’ wedding.

Mutua said she helplessly watched members of her family drown.

"A face mask saved my life," she said.

Mutua had run to take her mask from her car when the bus took off and a few seconds later plunged into the river.

Ten of her family members perished and all she could do was scream for help.

After their bodies were pulled out, she rushed for lesos in Nguni to cover her relatives' bodies.

She thanked the divers in Enziu who risked their lives to rescue the bus occupants.

Mutua said her father had been very sick and decided to have the wedding as thanksgiving to God for healing him.

"Let's practise patience and not put our lives on the line," he said.

Woman Rep Kasalu said they will ensure those who have been left by their loved ones get support from the government.

She urged people to be cautious during the rainy season and thanked those who helped retrieve the bodies.

Mwingi North MP Nzengu said there was no need for blame games and that the tragedy was the will of God.

He urged leaders to emulate the local divers who, without getting paid, offered to rescue victims and retrieve bodies.

Governor Ngilu said she will make sure the local divers are empowered as they did a wonderful job.

"They will get trained and equipped with more rescue skills," she said.

Energy CS Juma said the government will ensure the bridge is constructed. She read President Uhuru Kenyatta's message of condolence to families of the dead. 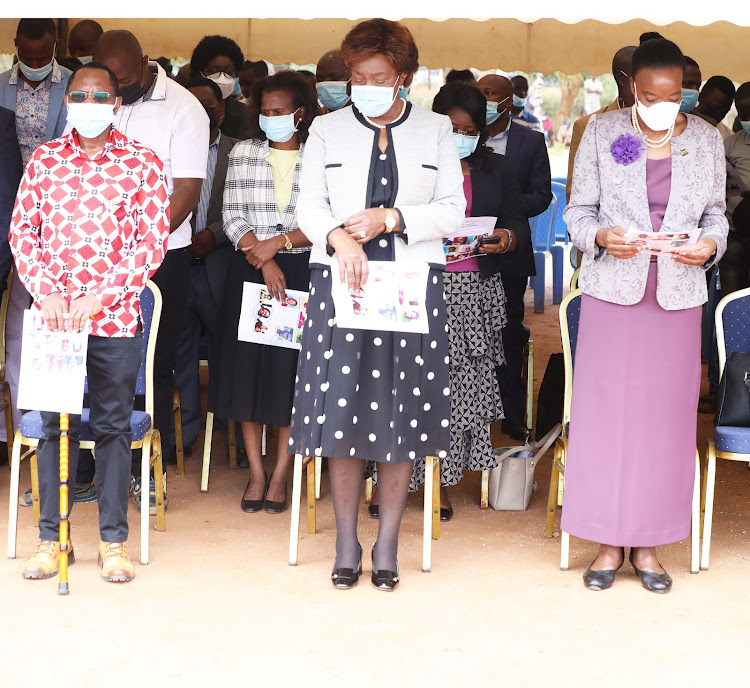 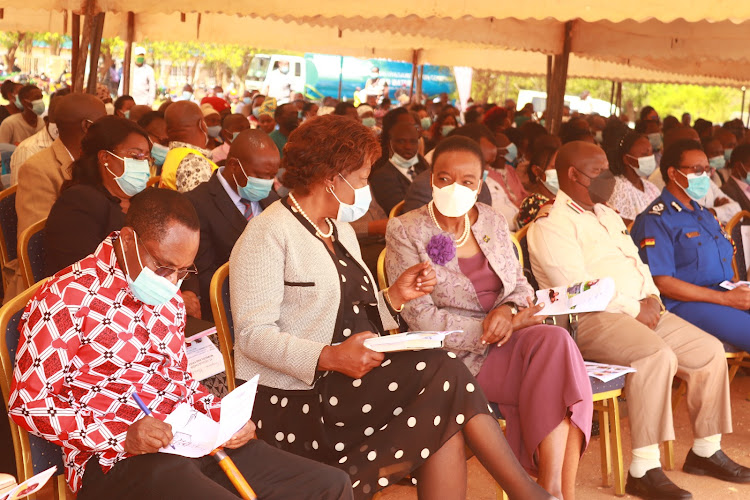 Leaders attend the requiem mass for the 33 victims of the River Enziu tragedy on December 9, 2021.
Image: LINAH MUSANGI 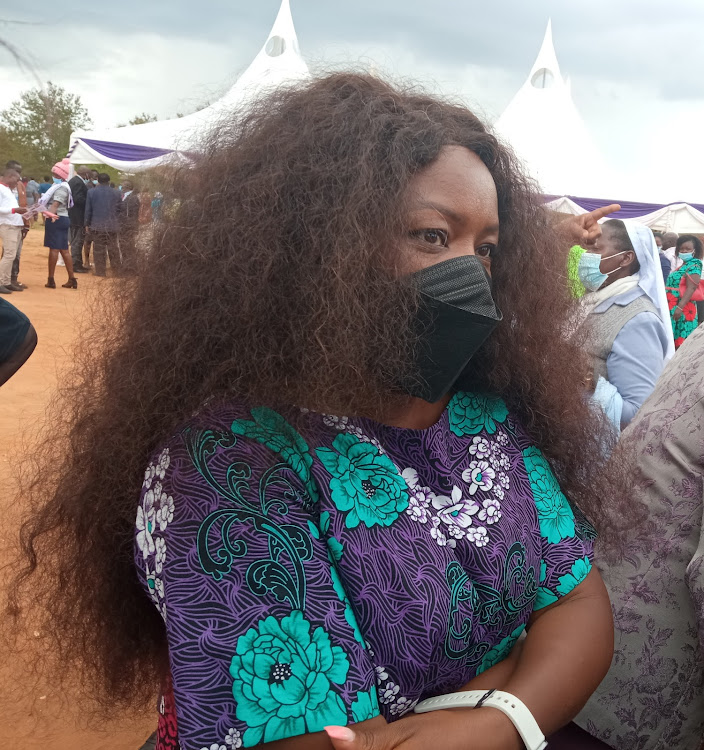 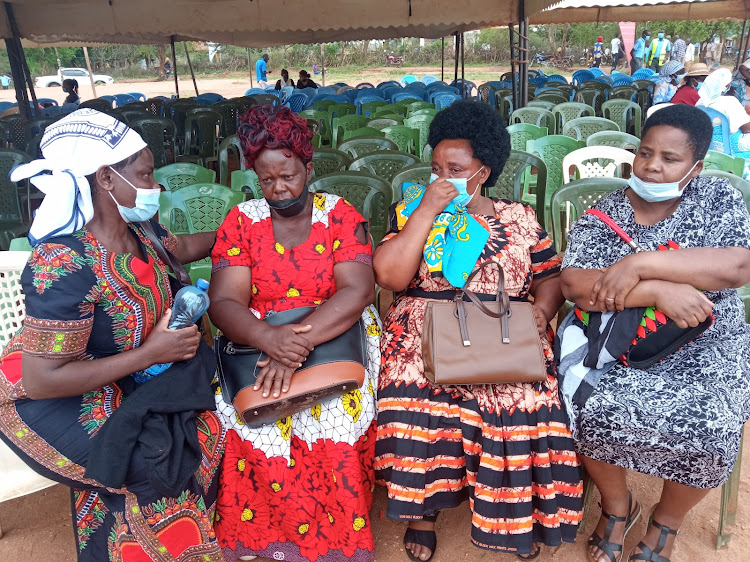 Family members mourning their loved ones after the requiem mass on December 9, 2021.
Image: LINAH MUSANGI 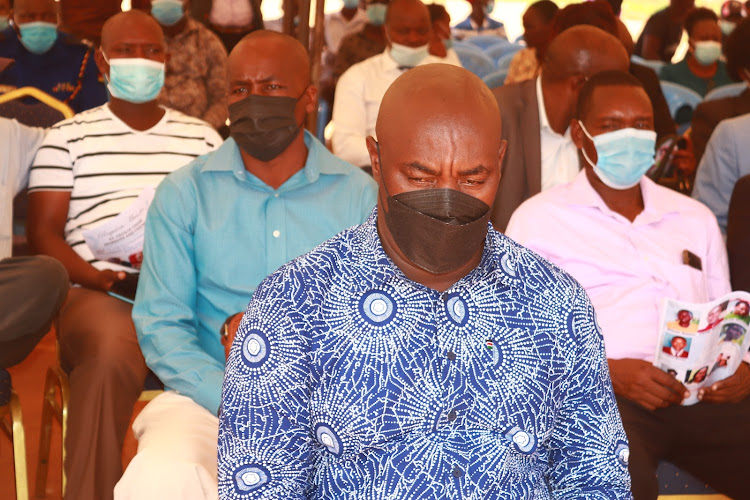 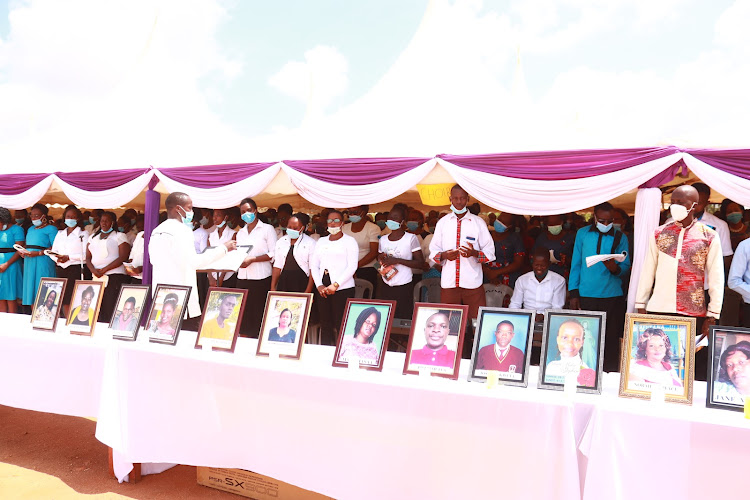 Portraits of members of the St Cecilia church choir who drowned in River Enziu.
Image: LINAH MUSANGI
Post a comment
WATCH: The latest videos from the Star
by LINAH MUSANGI None
News
09 December 2021 - 23:00
Read The E-Paper