Bosire's body had multiple gunshot wounds on the head and chest.

• Bosire has been operating his drugs business in South Coast for years despite arrests.

• He was 'attacked by unknown people who shot him several times killing him instantly' as he rode into his home using a motorbike in the Ngerenya area on Monday night. 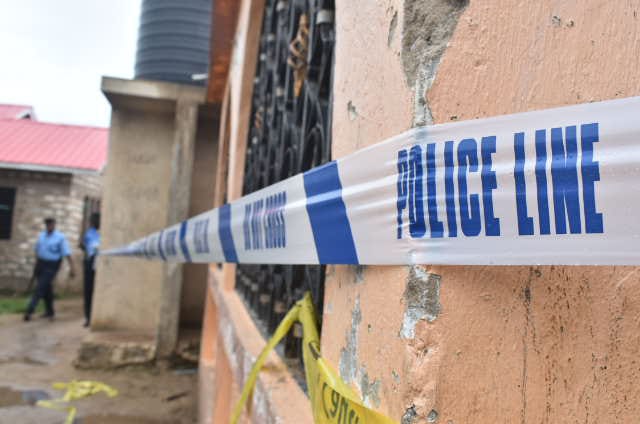 A wanted narcotics dealer who had remained fugitive for years has been killed by unknown gunmen in Diani, Kwale county, police said.

According to police, Bosire Nyaigoti Makori, 41, was 'attacked by unknown people who shot him several times killing him instantly' as he rode into his home using a motorbike in the Ngerenya area on Monday night.

The incident was reported by the deceased's younger brother Mwaniki Makori at Msambweni Police Station under OB No. 89/06/12/2021.

An orange carrier bag containing approximately 3kgs of brown and white substances suspected to be hard drugs, one electric weighing scale and a total of Sh19,600 cash in different denominations was recovered beside the body, a police report indicates.

“We dispatched police officers to respond to a shooting incident…one person who is the owner of the house was killed,” Oloo said.

Four spent cartridges of 9mm were also recovered from the scene.

Reports indicate the body that has since been moved to Kwale Sub County hospital mortuary had multiple gunshot wounds on the head and chest.

While police investigate the motive of the killing, the deceased is a known drug trafficker, who like others in Coast has sustained his drugs enterprise despite arrests.

In 2017, Bosire was arrested in a sting operation by the Anti-Narcotic Unit that netted three Italians, a Mauritius national and two Kenyan women.

He was found with two pistols.

The then Coast Regional Police Coordinator Philip Tuimur told journalists at a press conference, at Coast regional police headquarters that Bosire was the main supplier of heroin sourced from Tanzania to South Coast.

He termed the deceased as a repeat offender who at one time escaped a police vehicle in handcuffs while being taken to cells.

Police also named his brother Mwaniki who reported his shooting to police on Monday night and Ruwa Mwaruwa as accomplices in the drugs supply network.

Insiders privy with narco cartels’ modus operandi say the deceased might have been eliminated by fellow under-world operators in a case of a deal gone sour.